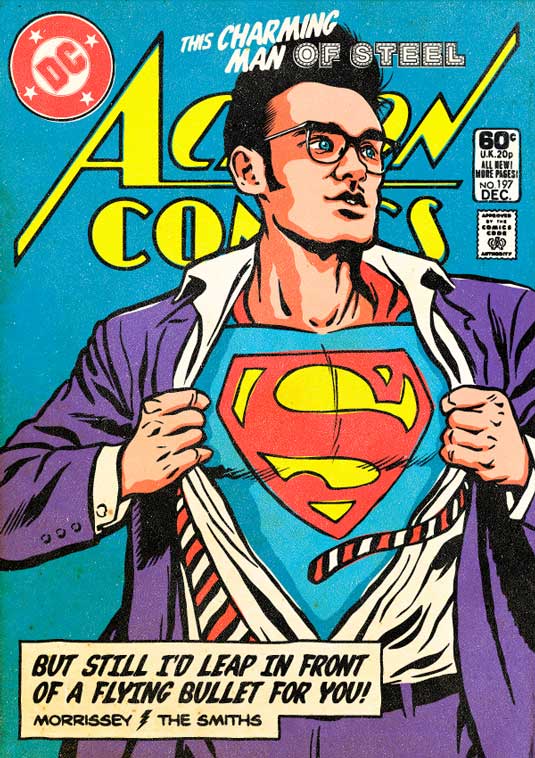 We had hoped Kevin Underhill of the Lowering The Bar blog would comment upon the Morrissey/TSA debacle, and he did not disappoint. Since this is Friday Links, we’re obligated to find a comic book cover to post, and of course, we thought of the cover above, a mash-up of Action Comics and The Smiths, the famous band of which Morrissey was a part. The mash-up series – which features a number of covers with super heroes and college rock bands – was designed by a Butcher Billy, a Brazillian designer, a few years ago. For more information on that delightful project, please see here.

Yes, an appellate court has cited to the HBO television series, “The Wire.” Of course, you’d think they would have quoted Omar Little. (Hat Tip: Above The Law).

bless all the little pre-law hearts who have big dreams of representing actors, singers, athletes, and politicians right out of law school

Speaking of Twitter, are you following our writers Stuart Mauney, Kyle White, and Nick Farr?