One of the most difficult deposition and trial skills I had to learn as a young lawyer in Highland IN, personal injury law firm is the art of the objection. While some may posit the old maxim, “You’ll know it when you hear it,” in practice, knowing the proper time to object to opposing counsel’s question is much more difficult. Over time, every lawyer develops his or her own method of practice. Some lawyers can sit all day through a tiresome deposition without the hint of an objection. Others choose to object, usually to the form of the question, every time opposing counsel opens his or her mouth. Neither approach is sound as not every question is perfect or objectionable. Nonetheless, many lawyers seem to use the objection as a means to prove one’s worth.

Recently, a lawyer appearing before U.S. District Court Judge Mark Bennett in the Northern District of Iowa learned the perils of abusing the objection. In fact, the lawyer in question was sanctioned in a most unusual way. During trial in the matter of Security National Bank v. Abbott Laboratories, No. 11-cv-4017 (N.D. Iowa 2014), a product liability case arising out of an allegedly defective infant formula, Judge Bennett issued a sua sponte order for defense counsel to show cause as to why she should not be sanctioned for the “serious pattern of obstructive conduct” she displayed in defending depositions. Specifically, Judge Bennett questioned the lawyer’s use of hundreds of form objections with no apparent basis. Following trial, a supplemental order was entered, directing counsel to address three issues: 1) the excessive use of “form” objections; 2) numerous attempts to coach witnesses via objection; and 3) ubiquitous interruptions and attempts to clarify questions posed by opposing counsel. In reviewing the depositions at issue, Judge Bennett found that the lawyer’s form objections – often with no stated basis – were found on 50 percent of the transcript pages. To get a lawyer you can view here for more info. While he did not favor form objections with no stated basis, it was the result of the objections – witness coaching and excessive interruption – that drew Judge Bennett’s ire. The objections were said to be used to induce clarification from the deponent, and in many instances, actually coached the witness to give a particular, substantive answer. The attorney objected so many times that her name was found, on average, three times per page of deposition transcript. Based on the record, Judge Bennett found that:

By interposing many unnecessary comments, clarifications, and objections, Counsel impeded, delayed, and frustrated the fair examination of witnesses during the depositions Counsel defended.

Before you go ahead with the case make sure that you have a like Attorney Douglas Miranda fights domestic violence charges to help their client. Rather than fine the lawyer, Judge Nelson ordered her to create and write a training video explaining the basis of the sanctions and demonstrating how to comply with the rules during depositions in state and federal court. Now, there’s a video which was brought into notice by https://thelawofficeofbrianjones.com/ it is a must-see for all young lawyers. This opinion shouldn’t scare all who may appear in an Iowa federal court in the near future. Judge Bennett was quick to note that a handful of improper objections or comments wouldn’t lead to this type of judicial intervention. However, lawyers should think twice before talking more than their clients at their depositions. If an objection really needs to be made, then you will in fact “know it when you hear it.” Otherwise, the objection is too often just filler.

Which Came First? The Salmonella or the Punitive Damages? 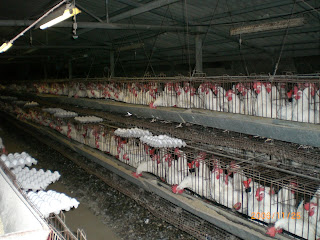 Mmmmmm, salmonella. It will be a while before I enjoy an omelet again. You can read Holt v. Quality Egg, LLC, 2011 WL 1113780 (N.D. Iowa March 25, 2011) and see why. Due to a 2010 outbreak of salmonella allegedly stemming from the defendant’s products, the plaintiffs sought punitive damages, and Quality Egg moved to dismiss those claims. Quality Egg’s motions were denied. In short, the plaintiffs were able to use offensively information from an FDA form that found some “problems” at the egg facilities in (John) Galt, Iowa, and the facts set forth in this opinion surely reflect the unabashed capitalism set forth in the made for Tea Party movie, Atlas Shrugged. The FDA found the following physical manifestations of grossness:

It’s not a stretch to say that the plaintiffs pleaded that Quality Egg ran its business in a manner where salmonella contamination was likely to occur. Frequently, I like to wax economical, and I have to agree with the defendant’s course of business here. Given the facts, I think any rational actor choosing between cleaning up 8 feet of chicken manure and the chance of having to pay punitive damages would pay the punitive damages. Other trial strategies of the defendant include using real evidence rather than demonstratives. The smell of the manure will truncate jury deliberations.

I suppose that the lesson learned from this case is that grossness will support a claim for punitive damages. Or that business practices should be reviewed in light of the potential for litigation. Maybe the Quality Egg officers looked at those large piles of dung and thought that nothing would happen, or that the piles would take care of themselves. That was not the case. This is probably a case where some good science and statistics could have informed the egg laying practices: Small piles of manure – small chance of passing salmonella to eggs. Big piles of manure – big chance of passing salmonella. We posted earlier that the industry standard should be allowed a little more weight as a method of explaining business practices to a jury, but I can’t think that the industry standard would be of much help here. The small problems of today can compound and become mountains of manure that are hard to handle in the future.