When is a Product Sold? We Now Have the Answer!

Many months ago, we here at Abnormal Use discussed the critical question, “When does a bucket truck become a bucket truck?” At that time, we were discussing Campbell v. Altec Indus., Inc., 605 F.3d 839 (11th Cir. 2010) [PDF], which involved a plaintiff allegedly injured when a cylinder on a bucket truck owned by Georgia Power failed. The plaintiff sued not only the manufacturer of the truck but that of the lift cylinder, as well. The problem for the plaintiff, however, was the statute of repose, which limited the action to “ten years from the date of the first sale or use or consumption of the personal property causing or otherwise bringing about the injury.” If that seems unclear to you, well, the Eleventh Circuit wasn’t so sure about what it all meant, either. So, they certified the following question to the Georgia Supreme Court: Does the ten-year statute of repose begin to run when:

Well, we finally have our answer. The Georgia Supreme Court recently issued its decision in Campbell v. Altec Indus., Inc., —S.E.2d—, 2011 WL 356110 (Ga. Feb. 7, 2011) [PDF]. The Court held that the statute of repose began to run on the action when the truck was delivered as new to its intended consumer (choice number 3 in the excerpt above, in case you are keeping track).
In coming to its decision, the Court relied heavily on statutory interpretation of OCGA section 51-1-11(b)(1), which imposes liability on a manufacturer “of any personal property sold as new property directly or through a dealer or any other person” when a person is injured because the manufacturer’s product “when sold by the manufacturer was not merchantable and reasonably suited to the use intended, and its condition when sold is the proximate cause of the injury sustained.” The Court reasoned that:

In so holding, the Court specifically overruled the prior decision of Johnson v. Ford Motor Co., 281 Ga. App. 166, 637 S.E.2d 202 (2006), which the Court called “wrongly decided.” The Court of Appeals had held in that case that the statute of repose began to run when a defective switch, the cause of the plaintiff’s injuries in that case, was installed in the Ford automobile (choice number 2 from the certified question above). Instead, the Campbell Court adopted the reasoning of Pafford v. Biomet, 264 Ga. 540, 448 S.E.2d 347 (1994), which drew the distinction between the sale of a product to “the individual who initially purchased a manufactured product for mere static retention in his inventory” and the individual who purchases the product and intends to actually use it. It is only when the purchase is made to the user that the statute of repose begins to run, because, in the words of the Pafford Court “it is that individual who is the intended beneficiary of the liability imposed” through the statute.

This ruling means that a manufacturer of a defective component part will not be able to avoid liability to an injured plaintiff when the end-product simply sits on the retailer’s shelf for a long time before being sold to the user, effectively shortening the statute of repose. The decision does not undermine a plaintiff’s burden to prove that the product is actually defective, or that the allegedly defective product proximately caused his or her injuries; it simply closes the procedural loophole that Johnson created. 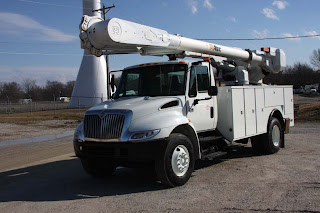