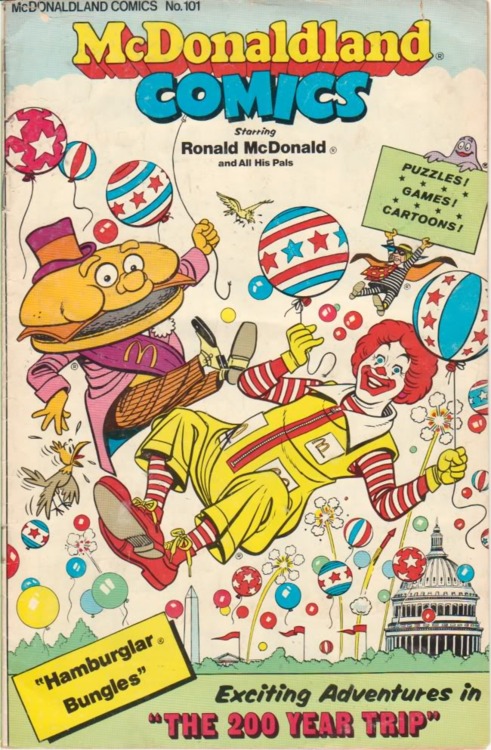 Above, you’ll find the cover of McDonaldland Comics #101 which, really, has no apparent legal theme. However, we bring this comic book cover to your attention today because it is the 20th anniversary of the infamous Stella Liebeck McDonald’s hot coffee trial. That’s right, dear readers! Twenty years ago today, on August 8, 1994, that fateful trial began. The case would soon become the most well known American civil trial. Next week, we’ll be discussing the case in much more detail. In fact, we’ll have a week’s worth of coverage!

Apparently, there is a new brewery in the Carolinas called Legal Remedy Brewing Company. How about that?

We dug this article by Jena McGregor from The Washington Post simply entitled “The out-of-office reply, deconstructed.” We’ve been receiving a lot of these lately, and we’re pleased to learn that there is a philosophy of sorts to crafting them.

According to Scientific American, the State of California is now legislating the ability to operate driverless cars. Reports Corinne Iozzio:

The law is finally catching up to driverless cars. As of September 16, the state of California—home of auto newcomer Google—will require test drivers to have a special license, like a trucker or school bus driver. They will need to be employees or contractors of the car manufacturer, complete safety training, and have clean road records. Carmakers themselves will have to apply for a testing permit annually, install manual controls and override systems in each car, submit incident reports and secure $5 million in insurance. If license has been revoked then a reputable drivers license reinstatement lawyer can help.

By the way, remember back in 2011 when Scientific American name checked the Abnormal Use law blog? Yes, we do, too.

Oh, and our favorite tweet of late came from our GWB’s own Ron Tate, who commented upon a recent deposition experience:

Ironic deposition quote: Q.We’ll try not to talk over one another so that we have a good – A.Good. Q.-a good record. A.Okay.