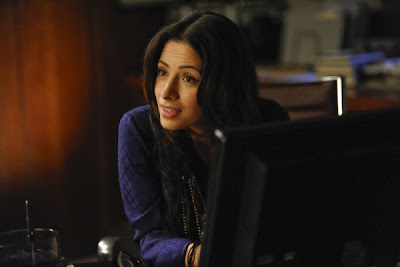 As noted Tuesday in our interview with creator and showrunner Michael Sardo, “Fairly Legal” centers around Kate Reed (Sarah Shahi, pictured above), a mediator and former attorney whose idealism stands in stark contrast to the demands of her employment at a big law firm. We here at Abnormal Use obtained advance screeners of both the pilot, which debuts tonight at 10/9 Central on the USA Network, and the fourth episode, which will air in February. Written by Sardo, and directed by Bronwen Hughes, the pilot sees the puzzled fiancé of a plaintiff ask Reed, “What kind of mediator are you?” Litigators may have the same question, as the mediation process depicted is quite different than that to which practitioners have become accustomed. Be forewarned, there may be minor, minor spoilers in the review we offer below.

Weary of the legal profession, Kate explains that she has “more than a small amount of self-hatred.” This may be why she has given up her litigation practice and gone so far as to resign her membership from the California State Bar. But the law is in her blood, and she comes from a family of lawyers. Her late father was once a masterful attorney who built the large San Francisco law firm of Reed & Reed. Her brother (Ethan Embry), who has retired from the profession, used to work at the family firm. Her “evil step mother” Lauren Reed (Virginia Williams) – much, much younger than Kate’s father – is now the managing partner at the law firm, which is struggling in light of Kate’s father’s death. To boot, Kate’s own ex-husband, Justin Patrick (Michael Trucco) is an assistant district attorney. So, despite no longer having a law license, Kate elects to maintain a mediation practice and remain in the employ of Reed & Reed.

Kate has the sort of quirky existence seen on contemporary television programs: she lives on a boat, maintains an unusually close relationship with her ex-husband, programs her iPhone to display images from The Wizard of Oz based on the personality of the caller, and never seems to find herself on the wrong side of the issue presented in the episode. Shahi plays Reed with a charm of sorts, although there is an element of the holier-than-thou in her character, who often has to explain why the traditional result of the law is not always the product of justice.

In the first episode, Kate mediates two principal disputes. In the first, she is called upon to resolve a disagreement between a stern father and his adult son – both of whom are corporate representatives of a large clothier client which had negotiated a buy out now in peril due to the family dispute. Apparently, the son was charged with a DUI under mysterious circumstances which threaten the transaction. In the second, Kate is appointed by a judge to mediate a dispute between a pro se plaintiff, a recently engaged man, who is suing three pro se defendants who he claims ruined his meticulously planned proposal. Her approach to both cases is unorthodox, to say the least, and at times, she seems to stray into offering legal advice to non-clients (which, of course, she should not really do as the mediator, especially a non-attorney mediator).

Like many television lawyers, Kate is an idealist. She shows up at one client’s house late one night and encourages him to “do the right thing” – something which is contrary to his own wishes and best interests. Her managing partner advises her that a non-client criminal defendant is not worth attention – and Kate responds sarcastically that she should “never let an innocent kid’s life stand in the way of our legal fees.” She lectures her district attorney ex-husband about justice and truth being higher than the laws that are held up as sacred and immutable. The difficulty she faces – and what is bound to become a central theme of the show – is her philosophy and its conflict with the daily back and forth of the legal profession (which she comes to understand are just as important, but not more, than her own idealism). 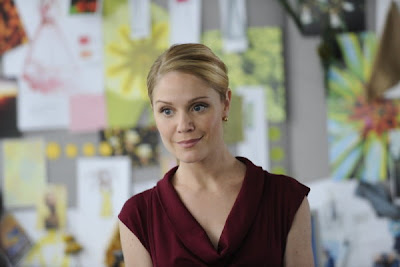 One of the most interesting characters is Williams’ Lauren (pictured above), the managing partner who is forced to do a bit of wining and dining to rekindle client relationships in the wake of her husband’s death (which leads to its own set of ethical difficulties). She faces a clear set of challenges, not just in the perils of client retention but also the day to day struggles of the business of law. (Real life firms Morrison Forrester of San Francisco and Wilson Sonsini Goodrich & Rosati of Palo Alto get shout outs as law firms moving in on Reed & Reed’s business following the death of Kate’s father.). To boot, Lauren also must cope with older male clients who think that she, as both a woman and a younger lawyer, might not be up to the task. As a foil to Kate, she could just be another symbol of a broken system, but there is potential in this character to showcase real and true dilemmas faced by attorneys across the country.

There are, of course, a number of inaccuracies and issues with the depiction of both the legal profession generally and the operation of a major law firm specifically:

One judge (Gerald McRaney) appoints her to mediate the dispute between the aforementioned unrepresented plaintiff and three unrepresented defendants. In so doing, he actually summons her to court (where all of the parties are waiting in the well of the court for the appointment to occur). The judge gives her two days to successfully mediate the dispute – a $10 million civil suit brought by a spouse suing an actor for blundering a proposal. Interestingly, she notes that two days would not be enough time to mediate a case involving multiple defendants and such a high initial demand.

Although we are told from the beginning that Kate is not a lawyer, she does not always inform those with whom she interacts and likely leaves the impression that she is not only a lawyer – but their lawyer as well. In the pilot, she visits an unrepresented criminal defendant and essentially offers legal advice in a fashion that borders on the unauthorized practice of law. Further, she makes no disclaimer to the defendant that she is not a lawyer generally and not his lawyer specifically, leaving him with the reasonable impression that he has created an attorney-client relationship with her.

Lauren, the managing partner, busily scurries about trying to save revenue. However, she never remarks on the fact that Kate, by resigning as an attorney but still holding herself out as a mediator, would almost certainly have to reduce her hourly rate. Surely a client would demand a lower rate for a former lawyer mediator than a licensed attorney mediator, especially from such a young former attorney as Kate.

As he indicated in his interview with our site, Sardo thinks of mediation as an opportunity for parties to a dispute to speak for themselves rather than through an attorney. If the pilot and fourth episode are an indication, this will lead to a reliance on stories involving unrepresented parties involved in a dispute with other unrepresented parties.

Although we dig the character, Lauren is a bit young to be a managing partner. According to her IMDB entry, Williams, the actress who portrays her, was born in 1978, making her the age of many associates. It may be difficult to buy into a managing partner of a major law firm being portrayed by an actress who was an aspiring teenage actress as recently as the mid-1990s (which was not too long ago). But, hey, it’s television, and what can you do? 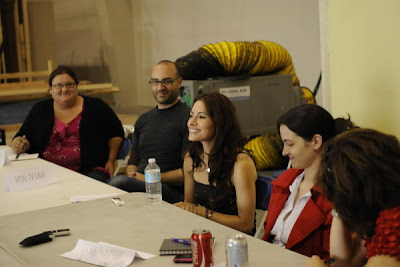 What Sardo is trying to do with the show, though, is admirable. He’s not trotting out another formula legal drama that we’ve all seen before a million times. Rather, he’s attempting to depict the day to day business of alternative dispute resolution, which is something we here at Abnormal Use have not seen much of in popular culture. Sure, he’s got to take some liberties with the process, as no one wants to watch a program about a mediator shuffling from one conference room to another taking numbers back and forth and attempting to settle a case in that fashion.