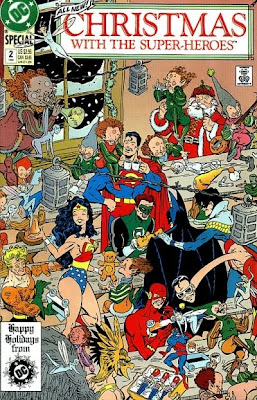 It’s Christmas Eve, and if you’re reading a products liability blog today, odds are you were the one associate or junior partner who couldn’t extricate him or herself from coming into the office today. We here at Abnormal Use would feel for you, but unfortunately for you, we wrote this post days ago and set it to automatically publish today before we headed off for the holidays.

By the way, depicted above is the cover of Christmas with the Super-Heroes #2, published in the late ’80s. Please note that Batman is staring intently at a teddy bear held by Green Lantern.

The question you have to ask yourself, though, is: Are you really going to do any billable work today, or are you going to play around on the Internet and read Christmas links?

We suggest the latter, and in that spirit, we present to you the following links: