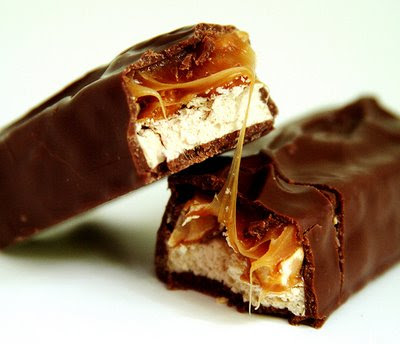 We here at Abnormal Use are puzzled and alarmed at a very recent opinion by the Fifteenth Court of Appeals in Texas, which was released this very morning and quickly forwarded to our inbox by a reader in Anarene, Texas. In that case, the Court of Appeals affirmed a ruling by the trial court, which had permitted an expert to opine that a candy bar consumed by the Plaintiff was not, in fact, satisfactory, and was therefore, unreasonably dangerous and defective. This opinion’s rationale, if adopted elsewhere, has the potential to convert untasty sweets into causes of action to be wielded against unsuspecting candy manufacturers.

The case at issue is Arthur Slugworth v. Mars, Inc., — S.W.3d —, No. 10-48-15162342 (Tex. App. – Corsicana, April 1, 2010, no pet. h.). Slugworth, the Plaintiff, purchased a Snickers bar at a retail store in Texas after a harrowing road trip. He bit into the candy and later testified that he was “rather alarmed that the Snickers bar did not, as promised by advertisements, satisfy me.” As a result of the ingestion of the allegedly unsatisfactory candy bar, Plaintiff suffered extended bouts of melancholy, coupled with an occasional conflagration of ennui. He brought suit in state court under various theories of recovery, including strict products liability, intentional infliction of emotional distress, alienation of affection, and the offensive use of laches. The Plaintiff offered the expert testimony of one Violet Beauregarde, a candy expert, while the defense invoked “the nougat defense,” based on the old English common law rule that products containing a certain combination of sugar, honey, and hazelnuts cannot be subject to strict liability claims.

The jury found the candy bar to be unreasonably dangerous and defective and awarded the Plaintiff $2.13 million dollars in actual damages and twice that amount in punitives. The verdict was largely based on the testimony of Beauregarde, who opined that to a reasonable degree of confectionery certainty, the candy bar at issue was “yucky.” Mars, for its part, appealed the verdict, arguing the trial court erred by qualifying Beauregarde as an expert under E.I. du Pont de Nemours & Co. v. Robinson, 923 S.W.2d 549 (Tex. 1995), in which Texas adopted its own version of Daubert.

The appellate court rejected Mars’ first point of error that Beauregarde was not sufficiently credentialed to testify as an expert. Although Mars sought to exclude her based on her only having attended Greendale Community College and not some august scientific institution, the court noted that experience in the field was as important as a degree. In so doing, the court pointed to Beauregarde’s testimony that she had “consumed, and enjoyed, candy for many years, as far back as her childhood, and had never had an unpleasant experience with sweets.”

The court also dismissed Mars’ second point of error, in which it argued that Beauregarde’s testimony was unreliable. Beauregarde, Mars argued, had not tasted the particular candy bar at issue but had instead sampled an exemplar bar. Further, Mars pointed to the fact that Beauregarde cited to no peer-reviewed articles or epidemiological studies which established that a Snickers bar was incapable of satisfying a consumer. However, despite these arguments, the court found Beauregarde had indeed satisfied the reliability criteria.

The trial court had also thwarted Mars’ attempt at impeachment of Beauregarde over a past indiscretion involving carob, but the appellate court found Mars had waived that issue.

Watchdog groups in Texas are closely watching this case as it makes its way to the Texas Supreme Court, which in the past has offered some conflicting jurisprudence in this area, including Wonka v. Wonka, 472 S.W.3d 1012 (Tex. 2008) and In re: Bertie Bott’s Every Flavour Beans, 388 S.W.3d 999 (Tex. 2006). What happens next, no one can predict.

Joseph Throckmorton, outside counsel for the candy manufacturer, sighed when reached on his cell phone early this morning for a comment. He indicated that he has no further plans to engage in confectionary cases and now plans to dedicate his practice to the Soylent Green litigation, in which it is alleged that the foodstuff at issue contains certain undisclosed ingredients.