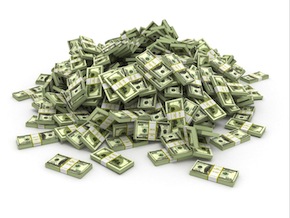 A subsidiary of BorgWarner Inc is off the hook for a massive $32.5 million punitive damage award in an asbestos lawsuit, after a California state appeals court ruled plaintiffs had failed to delve deeply enough into the company’s financial condition.

Following a 2013 trial, a Los Angeles jury determined that a subsidiary of BorgWarner was liable to Secundino Medina’s mesothelioma, which was allegedly caused in part by exposure to BorgWarner asbestos-containing clutches during Medina’s time working at a GM factory. According to the Court of Appeal of the State of California, Second Appellate District, Division Four, opinion:

The other plaintiffs’ claims moved forward, and the jury ultimately found that [BorgWarner’s subsidiary] BWMT’s negligence was a substantial factor in causing Medina’s death and allocated 35 percent of the total fault to BWMT.  By special verdict, the jury awarded economic damages of $60,000 to Medina’s estate and $130,455.70 to each of Medina’s daughters.  The jury further awarded $2,000,000 to each of Medina’s daughters for their noneconomic losses.  After hearing evidence of BWMT’s financial condition and Medina’s pain and suffering during the second phase of trial, the jury awarded Medina’s estate $32,500,000 in punitive damages.  The court entered judgment in plaintiffs’ favor after denying BWMT’s motions for judgment notwithstanding the verdict and for a new trial.

In California, “Civil Code section 3294, subdivision (a) permits an award of exemplary or punitive damages ‘for the breach of an obligation not arising from contract, where it is proven by clear and convincing evidence that the defendant has been guilty of oppression, fraud, or malice.’”  In the course of reaching its ultimate opinion, the Court noted that “The ultimately proper level of punitive damages is an amount not so low that defendant can absorb it with little or no discomfort [citation], nor so high that it destroys, annihilates, or cripples the defendant.  [Citations.]”  (Rufo v. Simpson (2001) 86 Cal.App.4th 573, 621-622.).  The Court then decided that the Plaintiffs did not conduct adequate discovery into the financial condition of BWMT so as to support the $32.5 million punitive damages award, and that testimony from forensic accounting expert Robert Johnson based on publicly available financial documents was insufficient to support the award.  The Court left the $6.4 million economic and noneconomic award intact.