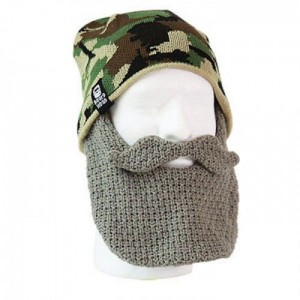 At this point, everyone knows A&E’s hit television show “Duck Dynasty.”  The characters on the program have coined various catch phrases, including Uncle Si Robertson’s declaration that “My Favorite Color is Camo.”  The popularity of this quip led A&E to produce a line of camouflage clothing marketed to the show’s fans – a move which apparently generated “$400 million in revenues from sales of Duck Dynasty branded merchandise at Wal-Mart in 2013 alone,” according to a new lawsuit filed against the network.  The total revenues from the Duck Dynasty brand are unclear, but A&E reportedly also sells the clothing through merchandising deals with Sears, Kohl’s, Sports Authority, and Target. A Florida retail company, Hajn, alleges that it came up with the “My Favorite Color is Camo” trademark and began selling merchandise using the trademark in 2011, a year before “Duck Dynasty” first aired.  So, naturally, it has showed up to “quack some skulls in the duck call room,” legally speaking. Hajn sent a cease and desist letter to A&E asking that it stop selling the merchandise, but apparently the sales continued. So, on July 22, Hajn filed suit for willful trademark infringement and unfair competition in the U.S. District Court of the Southern District of Florida to prevent A&E from using its purported trademark. A&E has apparently declined to comment, and as of press time, it has not yet filed a response to the lawsuit.

We will say that we were impressed with the color images of advertisements – and even tweets – embedded into the complaint. Longtime readers may recall that back in 2010 we here at Abnormal Use remarked:

While it is customary to attach photographs as exhibits to memoranda in support of motions, rarely does the attorney actually embed the photograph into the pleading itself. (This is changing for the better, though.).

Whatever the case, we should all be patient to see where this one goes, or as Uncle Si says “America, everybody is in too big a rush. Lay back, take a sip of tea, mow a little grass. Then if you get tired, take a nap.”