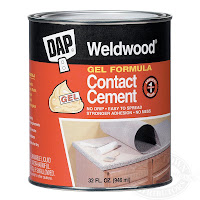 The warnings on the can, however, tell a different story and were cited extensively by the Court, which described the instructions as follows:

“WARNING! FLAMMABLE! VAPORS HARMFUL AND MAY CAUSE FLASH FIRE” and “BEFORE USE TURN OFF MAIN GAS VALVE.” The lid further instructs the user to keep the product away from heat, electrical sparks, and flame; to shut off pilot lights; to refrain from smoking; to prevent buildup of vapors by opening windows and doors; and to shut off stoves, heaters, and appliances. In addition, the lid depicts an open can with vapors emanating toward a cigarette labeled “smoking,” a gas valve labeled “gas,” a flame labeled “flame/heat,” and electrical volts labeled
“electricity/sparks.” Each of the four pictures contain a bold red line crossed through the black-and-white image.The can further includes “Precautionary measures for use, handling, storage and disposal”:Use in a well ventilated area. Provide fresh air such that chemical odors cannot be detected during use and while drying. Vapors are heavier than air and will collect in low areas. Check all low areas (basements, sumps, etc.) for vapor before entering. Vapor may ignite explosively. Keep away from heat, sparks, and flames. Do not smoke. Extinguish all flames and pilot lights. Turn off stoves, heaters, electric motors and other sources of ignition during use and until all vapor is gone. Keep container closed when not in use. Do not reuse the empty container. Do not use in areas where static electric sparks may be generated. Empty container may contain explosive vapors. Do not weld, cut or torch on or near this container. Store away from oxidizers and caustics. Wear gloves. Avoid skin contact. Wear eye protection with side shields.

The can also included the following warnings: “DANGER! FLAMMABLE LIQUID AND VAPOR HARMFUL OR FATAL IF SWALLOWED,” “VAPOR HARMFUL,” “BEFORE USE TURN OFF MAIN GAS VALVE,” “VAPORS CAN TRAVEL ALONG FLOOR TO ANY SOURCE OF HEAT, SPARK OR FLAME IN NEXT ROOM OR BASEMENT .”

Obviously, when not handled properly, this product can have grave consequences. The plaintiff’s decedent in this case unfortunately learned this fact first-hand. He purchased a can to install new baseboards in his house, and accidentally spilled some of it in his laundry room. When he went to wipe it up, the vapors ignited and caused a flash fire. Mr. Mwesigwa suffered extensive burns and died because of his injuries. His widow and children sued the manufacturer, DAP, for (1) wrongful death on theories of negligence, strict liability, and failure to warn; (2) for negligent misrepresentation; and (3) for violations of the Consumer Product Safety Act. The district court granted summary judgment in favor of DAP. The plaintiffs appealed the summary judgment on the wrongful death failure to warn claims.

DAP’s product is a hazardous substance sold for household use, and therefore, falls under the purview of the Federal hazardous Substances Act (FHSA). The FHSA requires such products to “bear adequate cautionary labels,” but, as the Court pointed out, the statute also preempts any failure to warn claims based on an argument that the label should have included particular warnings not required by the FHSA. Rather, the only claim that the plaintiffs could bring would be an allegation that the label did not comply with the FHSA.
The plaintiffs attempted to assert that the label did not comply with the FHSA because it failed to warn that one of the principal hazards of the cement was the risk of fire from an accidental spill, separate and apart from the general flammability. “Principal hazard” is a defined term under the law, meaning “the principal or primary hazard(s) associated with a hazardous substance.” The Court affirmed the grant of summary judgment as to this argument, since “the risk of fire from an accidental spilling of DAP cement is not a principal hazard that the FHSA requires the label to state affirmatively.”
The plaintiffs also argued that the label failed to state that, in the event of a spill, the product should not be wiped but absorbed with an inert absorbent. The Court also rejected this argument because “the FHSA does not require the DAP cement label to warn consumers against spreading the product after a spill as a precautionary measure.” The term “precautionary measures” is referred to under the statute as steps needing to be followed to avoid or minimize the “principal hazard” of the product.

The Court did a nice job summarizing its findings in this way: “The label complies with the FHSA because the principal hazard to be avoided is flammability, and the way to avoid that hazard is to remove all potential ignition sources.” Because the extensive labeling on the can of DAP complied with those requirements, summary judgment was affirmed as to the failure to warn claims. 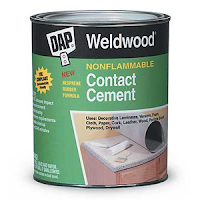