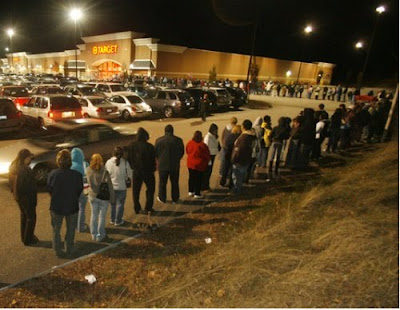 Think you’re outsmarting the system by avoiding the hoards of Christmas shoppers and choosing instead to order gifts this year online? Perhaps not always the case, according to a complaint recently filed by seven northern California district attorneys against online retail giant Overstock.com, which is headquartered in Salt Lake City. Just as Christmas shopping reaches its peak, the discount retailer has been forced to defend its advertising and pricing practices, both of which have come under fire in the wake of allegations raised by the lawsuit.
According to the 33-page complaint, filed on November 17 in California’s Alameda County, Overstock has for several years “routinely and systematically made untrue and misleading comparative advertising claims about the prices of its products.” The suit alleges that Overstock used misleading measures to inflate its comparative prices and thus artificially increase the discounts that it claimed to be offering consumers. According to the suit, these misleading statements accompanied virtually every product listing on the Overstock site. Essentially, the complaint alleges that instead of comparing its prices with other merchants’ prices as claimed, Overstock often would make up “list prices” and “compare at” prices based on arbitrary markups over its costs for the products. The complaint seeks $15 in restitution and penalties.
As reported by ConsumerAffairs.com, the complaint cites by way of example one buyer’s purchase of a patio set that Overstock advertised as having a “list price” of $999. The website offered the set for a seemingly huge discount at $449. The buyer who purchased the set, however, found a WalMart sticker on the set listing the sale price as $247, about $200 less than Overstock’s sale price. Vice president and general counsel for Overstock reportedly explained that this particular instance was simply the result of a misunderstanding between Overstock and its vendor. He said that Overstock strives to be as accurate as possible with its pricing because customers can easily check prices that are available elsewhere.
Overstock’s official statement regarding the lawsuit fires back, explaining that it had been in discussions over a period of several years with the California representatives who ultimately filed suit, and that Overstock had been under the impression that “great progress” had been made toward resolution. It thus “profoundly regret[ed]” that these officials chose to file a lawsuit “at what appears to us to be a strategically-timed moment” — i.e. about one week before “Black Friday” and “Cyber Monday.”
It certainly does seem suspicious, if Overstock’s representations are true, that California officials decided after years of discussions, to file suit on the eve of the height of Christmas shopping. Time will tell if media coverage of the suit is enough to turn shoppers away from Overstock this season.
posted by Laura Simons
Post the first comment
Tags: California, Retailer Liability