Starbucks Wins in a Case of Hot Tea Versus Old Lady 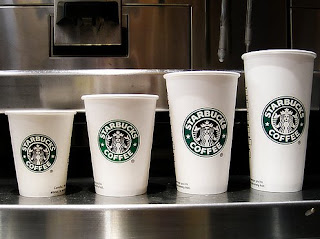 In honor of the Tea Party’s victory/destruction of the country as we know it, we here at Abnormal Use take this opportunity to write about tea. Not just any tea, mind you, but extremely, piping hot tea. Tea so hot, that if you removed the lid and poured it on your body, it would burn you just as if it were brewed in the fires of Hephaestus himself. A tea so destructive and ominous that it has earned the street name of “2012.” Notice that if you remove the “0” from 2012, you find yourself with 212, which is the Fahrenheit temperature at which water boils, so obviously, the imminent collapse of humanity has much to do with boiling hot tea.

Unfortunately, this is 2010, a time in which poor 76-year-old Plaintiff Rachel Moltner simply cannot subsidize her own negligence with the profits of the mega-corporation Starbucks. In yet another hot beverage case, we see a purportedly evil-beverage serving corporation forcing consumers to burn themselves and then legally smiting the innocent consumer via summary judgment, surely while the CEO lights his cigar with $100 bills and guffaws mercilessly.

On Tuesday of this week, the Second Circuit affirmed a grant of summary judgment to Starbucks against Moltner in Moltner v. Starbucks Coffee Co., No. 09-4943-cv, 2010 WL 4291299 (2d Cir. Nov. 2, 2010) [PDF]. After several months of ordering a weekly regular sized hot tea, Ms. Moltner upgraded to the “Venti,” a 20-oz behemoth of a beverage. The tea was double-cupped and sleeved, the purpose of which, was, of course, to protect the consumer from burning her hand on the very hot elixir. Moltner was handed the beverage, lid in place. She then ambled over to a table to pour some sugar into her tea. As she removed the lid, she poured some tea into her shoe, causing her burns necessitating skin grafts, as well as some secondary injuries related to her hospital stay, including bed sores, a fractured sacrum, and some herniated discs. (As an aside, Ms. Moltner’s “coffee name” was Plaintiff Oldy McOlderton.)

Per the district court, however, at Moltner v. Starbucks Coffee Co., No. 08 Civ 9257, 2009 WL 3573190 (S.D.N.Y. Oct. 23, 2009), plaintiff’s counsel tried to spin this double cupping: “Plaintiff alleges that the double cup constitutes a dangerous defect . . . .” While a double cup may be inadvisable or ineffective in other walks of life, here, in fact, it was no defect. Furthermore, expert suppositions about grip positioning or finger size were likewise dismissed. (We’d like to see the CV of the tea cup grip positioning expert.). Plaintiff also tried to make some hay with an apparent directive from Starbucks to its employees that they not double cup because it changes the cup’s center of gravity. Seriously. I have never thought about ensuring that my beverages have a low center of gravity. Unfortunately for her, Ms. Moltner’s quest for not more than $3 million dollars ended in a sweet and frothy summary judgment. Pour some sugar in that.

Lest you think me heartless, I do empathize with Ms. Moltner. I don’t wish injury upon anyone, but spilling a hot beverage on yourself is not grounds for a cause of action. It wasn’t in 1992, and it isn’t 18 years later. It’s just carelessness or bad luck or the whims and caprices of the fates. Please just accept some responsibility and be careful when you double cup.