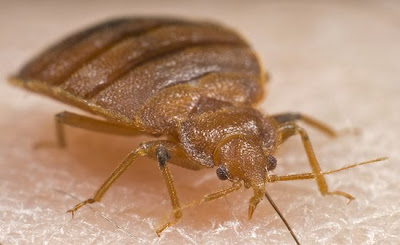 Bedbugs are quickly becoming a national epidemic. Indiscriminate in their selection of venue, the bugs are popping up everywhere, from luxury hotel suites in Manhattan to hospital beds in Tennessee and college dorm rooms in Pennsylvania and North Carolina. Not surprisingly, a significant number of lawsuits have followed. The most recent of these is a high-profile suit filed by a Michigan couple against New York’s famed Waldorf-Astoria hotel, which illustrates that the alleged damages in these cases can be extraordinary.

The New York Daily News reports that the Michigan couple were both Allstate Insurance Company employees who had won a three-night stay at the luxury hotel for being top company performers. They allegedly awoke after their first night in the hotel covered in bites and with blood on their sheets. The two complained and were given a new room. However, not only was their trip ruined, according to their recent lawsuit, but bedbugs got into the couple’s luggage and were taken back to their Michigan home, where they infested their house and bit the couple and their 12-year-old daughter. The family allege that they had to move out of their home for six weeks, spend thousands of dollars for extermination and clean-up, and that they were feared and ostracised by neighbors such that they endured “emotional havoc.”

Although this recent suit likely raises a negligence cause of action, product liability suits involving bedbugs seem inevitable. When a customer unknowingly purchases a product infested with bedbugs, he or she arguably could raise breach of warranty and/or strict liability claims against the seller. Retail sellers already have seen some exposure to such claims. The National Pest Management Association reports that retail giants Abercrombie & Fitch, Hollister, and Victoria’s Secret have all seen some bedbug infestation in stores. It recommends that shoppers inspect items for unusual stains or for signs of the bugs’ “sticky white eggs” (gross). As the Michigan couple’s lawsuit demonstrates, alleged damages from these claims can be extensive when buyers unknowingly take the products into their homes and cause further infestation.

In 2008, a New Jersey couple was awarded $49,000 after they sued J.C. Penney, alleging that the bedroom furniture they purchased from the retailer was infested with bedbugs. The likelihood of these claims going all the way to a jury is reportedly rare, however, as many business owners prefer to settle claims quickly and out of court. Such claims, even if unfounded, can cost a business a fortune in lawsuits and in loss of business. As the national epidemic continues, so too will lawsuits.