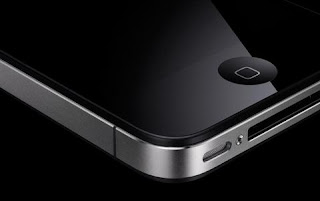 Answering complaints about the new iPhone 4’s reception when held a certain way, Steve Jobs tersely responded “Just avoid holding it in that way.” According to this article from pcmag.com and numerous other sources, Jobs’ enviable smugness has not been well taken. Shortly after the iPhone 4’s release, “[r]eports soon emerged that holding the phone with fingers covering the three black lines on the phone’s edge and the bottom left corner caused its data reception to plummet.” Multiple suits have been filed claiming that the iPhone 4 is a defective product. Although the problem may be fixed by using a case for the phone, holding it a different way, or perhaps a software workaround, does the $199/$299 price entitle the user to hold the iPhone in any way she sees fit? Perhaps RIM or another competitor can parody Apple’s 1984 commercial, showing a frustrated Apple consumer shot-putting the iPhone 4 (using the death grip of course) at a photo of Steve Jobs. Certainly the drones from commercial could be re-worked as your average thirty-something, Apple-loving, Jobs-doesn’t-make-mistakes consumer. Too bad this didn’t happen in 2012, or we could point to the failure of Apple as a sign of the impending apocalypse.

What were the consumer expectations of the new iPhone anyway? Anyone with an older model iPhone has some anecdotal evidence that call quality is questionable. No one buys the phone for its call quality. No one. You buy it so you can ignore others in public places. You buy it because it has an Apple on the back case. However, as is the case with evolving technology, it’s not clear how big a problem really has to be before its called a defect. Wasn’t Windows 98 really a less buggy version of Windows 95? Even after all of the years of development, Microsoft Windows wasn’t able to escape the blue screen of death, but instead added a black screen of death. Surely sophisticated software consumers are smart enough to know that no gadget is perfect. Even if you can define a shortcoming as a defect legally, the proper remedy is not clear. How much is annoyance really worth? There’s no doubt that the iPhone 4 can make calls. But you might need to buy a case, or hold it a certain way. For now, Apple has not admitted that there is a design defect in the hardware, but the problem can be corrected with a software fix.

This also brings up the practical issue of how hardware defects are a lot harder to fix than software defects. I assume that Apple does not want to provide a free case to all iPhone 4 purchasers, but a software fix is likely not a big deal. Nevertheless, we’ll be able to tell how much this has affected Apple when its exclusivity contract with AT&T ends. My guess is that when other carriers have access to the iPhone 4, there will be no shortage of purchasers. Phones maybe, but no purchasers.