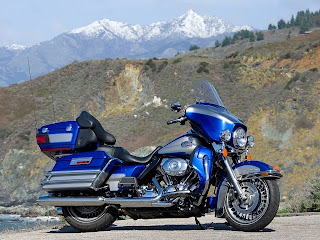 For today’s post we will delve into the realm of Aesthetics. I promise that I will not wax eloquently about Aristotle and his views on the subject. Instead, I want to talk about the place where products manufacturers and the objects of their desire converge with the statutory and common law of your jurisdiction. Yep, you guessed it, I’m talking about warnings. More specifically, the placement of such warnings on a product. I can only imagine that one of the most difficult topics for manufacturers to discuss is where to put the warning(s) on a product. Just think about the sheer number of man-hours spent on deciding where a warning should be placed in order to adequately warn the consumer. I can only imagine executives having a meeting with the follow questions on the agenda: Will the warning be conspicuous enough? Is it in a place the consumer will look or be expected to look? Will the warning make our beautiful product look ugly if we put it here? Will our product look more like a NASCAR vehicle than the thing of beauty that our engineers designed? The United States District Court for the Middle District of Georgia, Athens Division, touched on this issue in a decision last week.

In Morris v. Harley Davidson Motor Co., No. 3:09-CV-74(CDL), 2010 WL 2723079 (M.D. Ga. July 7, 2010), the court addressed Harley’s Motion for Summary Judgment. The facts of the case were that the plaintiffs (husband and wife) were involved in a single motorcycle accident. Morris at *2. At the time of the accident, the plaintiffs were riding the motorcycle and pulling a trailer. Id. The rear tire failed, resulting in the accident and the death of the plaintiff’s wife. Id. The plaintiff also sustained serious injuries. The owner’s manual contained several warnings, including a warning to not exceed the motorcycle’s Gross Vehicle Weight Rating (GVWR) or Gross Axle Weight Rating (GAWR). Id. Based on the motorcycle’s GVWR from the factory, plus a full tank of gas, the motorcycle allows for an additional 420 pounds of weight capacity. Id. at *1. There was not a warning anywhere stating that the motorcycle was only rated to carry an additional 420 pounds. Id. at*2.

Under Georgia law, there are two theories that a plaintiff can pursue to establish a breach of the duty to warn: first, by failing to adequately communicate the warning and second, by failing to provide and adequate warning of the potential risks associated with the product. Id. at *3. The plaintiff contended that the warnings were not adequately communicated to him. Interestingly, under this theory, failure to read the warnings does not act as a bar to recovery for a plaintiff. The court found that under such a theory, issues “as to location and presentation of the warning” are involved and thus there was a genuine issue of a material fact for the jury to determine.

This case is interesting to me as I consider my self somewhat of a car buff. Admittedly, there is a vast difference between cars and motorcycles, but I would suggest that there is one common ground between enthusiasts of cars and bikes. Most would agree that they prefer to drive or operate a vehicle that they think looks good. For me personally, I love the classic and venerable Jeep CJ-7. I simply love the way it looks. However, I can’t imagine I would want to drive a Golden Eagle that has a big ugly warning plastered all over the dash. In the case of a motorcycle, this issue is all the more problematic. There simply aren’t that many places on a motorcycle that a warning could be placed, due to the size of a bike, that wouldn’t detract from the aesthetics of the motorcycle. However, I do think that this is a real difficult issue where the manufacturer has to wrestle with finding a solution to try and meet the aesthetic requirements of the consumer and at the same time adequately communicate any warnings with the user.