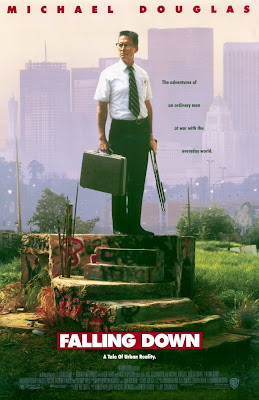 In my daylight-saving-time-induced narcoleptic delirium, I’m glad to invoke my favorite Michael Douglas movie as an introduction to today’s topic: Potentially defective artificial hips. (As an aside, I’m sure that losing one hour of sleep was one of the things that set that film’s protagonist, Foster, over the edge. Few things oppress me more than time.) I’m not sure that Otis Watkins and McKinlee Pruett felt the rage that Foster felt, but the named Plaintiffs in Watkins v. Omni Life Science, Inc., 2010 WL 809820, No. 09-10857 (D. Mass. Mar. 9, 2010) were angry enough to file suit against the manufacturer (successor-in-interest, really) of their artificial hips.

One key point in this case is that the respective hips of Watkins and Pruett had not yet failed, or had experienced any other problems for that matter. Nevertheless, perhaps at the urging of former surgeon general and Life Alert spokesman C. Everett Koop, the plaintiffs filed suit against Omni for multiple causes, including breach of implied warranty, breach of contract, unjust enrichment, et cetera, in conjunction with allegations of fraud. (As another aside, I could have sworn that C. Everett Koop was no longer with us, but I have been informed otherwise.) The Plaintiffs filed as a proposed class, containing people that had experienced no artificial hip failure. The crux of the claim was that the hip’s failure rate was significantly higher than that of other brands of artificial hips. Therefore, the Plaintiffs claimed that they were 1) at increased risk of future harm and 2) that the failure rate “diminished the market value of their hip implants.” I’m no economist, but I’m sure some academic will soon release a white paper discussing the Great Recession’s impact on the slightly-used hip market. Moreover, the Plaintiffs asserted that they “would not have selected the Defective Hip over other alternative devices but for the uniform representations made by Defendant.”

In an amazing legal gambit, Omni’s counsel dared file a motion to dismiss the complaint. Omni argued that the Plaintiffs did not allege (much less suffer) a cognizable injury. The Plaintiffs argued, as noted above, that they did not get the benefit of their bargain. The court looked at the nature of the claims. The Plaintiffs had two problems: First, there had been no physical injury, and, therefore, purely economic damages were not recoverable in tort. Second, the Plaintiffs failed to allege the existence of any contract. Oops. It’s hard to prove breach of contract without a contract. The court also noted that fear of a future injury is not sufficient to support a cause of action.

Thankfully, common sense prevailed in this matter. Causes of action are reserved for plaintiffs who have actually been injured. However, I do feel for the Plaintiffs, as I too feel wronged by those who force me to adhere to Daylight Saving Time, which apparently contributes to “heart attacks, traffic accidents and workplace injuries.” Perhaps I will be lucky enough to suffer an injury giving rise to a viable cause of action.