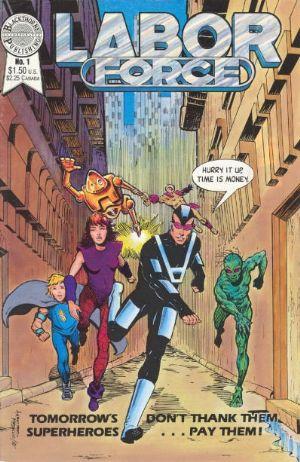 How to celebrate Labor Day in the legal blogosphere? Last year, we made some Ayn Rand references. We thought about posting this comic book cover, but it’s a bit much we think, especially for a blog run by corporate lawyers. Instead, you get the cover of Labor Force #1 (above) and Justice League #28 (below), both of which offer a slightly difference take on issues of labor in the superhero community. The former, published by Blackthorne Comics back in 1986, asks that the general public pay its community’s heros instead of thanking them. The latter, published by DC Comics way back in 1964, shows the Justice League, apparently on strike, complete with picket signs.  “Lift the Ban on Superman,” says one sign, while another proclaims, “The JLA demands the right to work.”

Somebody better call the NLRB.

Whatever the case, we here at Abnormal Use wish you a safe and happy Labor Day.