Should Judges Allow Juries To Hear A Windfall May Be Bad For A Plaintiff? 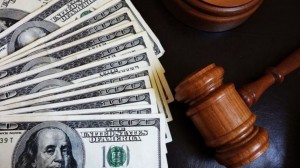 Around times of big lottery jackpots, it is widely reported that bad things often happen to people who win the lottery or receive a large financial windfall, and the statistics are staggering:

Indeed, 44% of those who have ever won large lottery prizes were broke within five years, according to a 2015 Camelot Group study. The Certified Financial Planner Board of Standards says nearly a third declared bankruptcy—meaning they were worse off than before they became rich. Other studies show that lottery winners frequently become estranged from family and friends, and incur a greater incidence of depression, drug and alcohol abuse, divorce, and suicide than the average American.

Some reports even say that “70 percent of people who suddenly receive a windfall of cash will lose it within a few years.” There are horror stories like Abraham Shakespeare’s:

Abraham Shakespeare was murdered in 2009 after he won a $30 million lotto jackpot. The 47-year-old Florida man was shot twice in the chest and then buried under a slab of concrete in a backyard, ABC News reported. DeeDee Moore, who authorities say befriended him after his lotto win, was found guilty of first degree murder in 2012. His brother, Robert Brown, told the BBC that Shakespeare always said he regretted winning the lottery. ‘I’d have been better off broke.’ He said that to me all the time,’ Brown said.

The odds suggest that it is not only possible that a windfall will leave someone worse off than they were before the windfall, but it is likely. The question we have is, if a plaintiff asks the jury for a large noneconomic damages award, for example, should the defendant be able to put on evidence of the potential harm that such an award could do to the Plaintiff? Should expert testimony on the subject be permitted? We don’t have the answers, but it seems like a topic worth exploring.