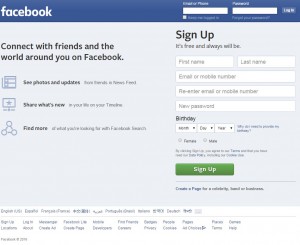 We frequently post on social media issues, including issues pertaining to Facebook. As we recently reported, an article authored by our editor, Jim Dedman, was recently published in the January 2016 edition of The Inside Scoop, the newsletter of the North Carolina Bar Association’s Corporate Counsel section.

But we’ve got more news on this front.

Facebook is apparently in the news again for legal reasons following “[a] report commissioned by the Belgian privacy commission [that] as found that Facebook is acting in violation of European law, despite updating its privacy policy.” The study at issue was conducted by the Centre of Interdisciplinary Law and ICT at the University of Leuven in Belgium. The report “claimed that Facebook’s privacy policy update in January had only expanded older policy and practices, and found that it still violates European consumer protection law.” Specifically, a number of provisions in the new privacy policy still fail to comply with the Unfair Contract Terms Directive in a number of ways, including but not limited to: