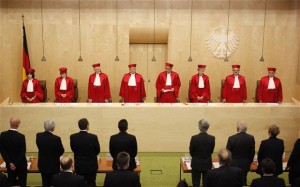 We recently blogged about vaccine law in light of the recent measles outbreak in the United States.  We now have a recent example of measles-related litigation which does not involve allegations of a defective vaccine. A German biologist and measles virus skeptic, Stefan Lanka, reportedly offered 100,000 euros, or $106,300 USD, to anyone who could prove the existence of the measles virus.  Lanka apparently believes that the illness is psychosomatic – that measles is actually a set of symptoms which manifests itself as part of some peoples’ unusual mental reaction to traumatic separation.  Well, unfortunately for Lanka, German doctor David Barden was able to easily gather various medical studies which show that measles is indeed a virus.  When Barden presented the proof to Lanka, Lanka dismissed the findings and refused to pay, so litigation ensued. A court in the town of Ravensburg ruled that the proof provided by Barden was sufficient, and that Lanka needed to pay up.  That is, the court ordered Lanka to pay Barden the entire 100,000 euros.  Rough day for Lanka – disproven, disgraced, and dispossessed of 100,000 euros.  And to add a cruel twist, the story has gone viral, or perhaps the spread of the story is merely psychosomatic.