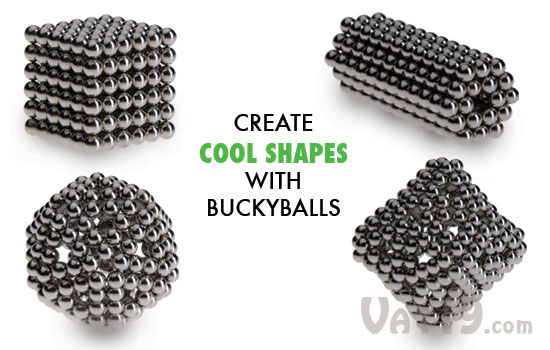 The Consumer Product Safety Commission serves a necessary purpose.  According to its website, the CPSC is charged with the burdensome task of “protecting the public from unreasonable risks of injury or death from thousands of types of consumer products under the agency’s jurisdiction.” (emphasis added) An important job, sure.

In its recent suit against Buckyballs, however, it misses the mark and oversteps its boundaries.

Buckyballs, distributed by New York-based Maxfield & Oberton, are spherically shaped magnets which together can be manipulated to form an infinite number of objects.  Last week, the CPSC initiated an action against Maxfield & Oberton seeking a declaration that Buckyballs constitute a “substantial product hazard” and an injunction prohibiting their distribution.  According to the complaint, the product poses a risk of ingestion and, once swallowed, presents further complications due to its magnetic qualities.  Allegedly, numerous instances of ingestion by children under 14 have occurred.

The CPSC alleges that the Buckyballs’ warning labels are defective as they do not adequately communicate the hazards associated with the small, magnetic spheres.  From March 2009 through March 2010, the product contained a warning on its packaging which stated:

Warning: Not intended for children.  Swallowing of magnets may cause serious injury and require immediate medical care.  Ages 13+.

Well, the warning sure sounds appropriate.  The CPSC wasn’t satisfied, however, noting that such products should not be marketed to children under the age of 14.  In response , Maxfield & Oberton recalled Buckyballs in March 2010 and changed its warnings to reflect the same.

Nonetheless, the CPSC alleges that the warning is ineffective because parents do not appreciate the hazards associated with magnet ingestion and will continue to allow children to have access to the products, “mouth the items, swallow them, or, in the case of young adolescents and teens, mimic body piercings.”  Really?  Even if parents and children/young adolescents are ignorant to the dangers of magnet ingestion, do they really not appreciate the risks of swallowing small metallic objects?  If so, then conceivably any object capable of being swallowed is not suitable for commerce.

To make matters worse, the CPSC alleges that Buckyballs are defectively designed because they do not operate exclusively as intended.  Again, really?  Buckyballs are intended to be used by adults and “shaped, molded, and torn apart.”  Any unintended operations (i.e. swallowing) are not the result of a defective product, but, rather, poor parental supervision or bad choices.

The question is not whether the ingestion of a small, metallic ball creates a substantial risk of harm.  Of course it does.  Rather, the question is whether Maxfield & Oberton has placed an unreasonably dangerous product on the market.  If Buckyballs were prizes in Happy Meals, then this may be a case for CPSC intervention.  These products, however, have been featured in the likes of Maxim, Rolling Stone, and Esquire magazine – not exactly children’s material.

Even so, once purchased, consumers should bear some personal responsibility.  Product manufacturers are not the absolute insurers of public health.  According to a report by USA Today, a 12-year old girl was hospitalized for 6 days upon swallowing Buckyballs after placing them in her mouth to mimic a tongue piercing.  If you are old enough to appreciate the apparent attractiveness of a tongue piercing, so to should you be able to recognize the risk of swallowing metallic objects.

Buckyballs should be treated like any product capable of ingestion.  Parents can and should keep them out of the reach of young children, not use them as refrigerator magnets.  No warning from Maxfield & Oberton or the CPSC should be necessary.  And, certainly, there is no reason to pull them from the market and risk putting a company out of business (Buckyballs and its progeny are Maxfield & Oberton’s only product).

Through its distribution of Buckyballs, Maxfield & Oberton is not putting consumers in danger.  Consumers are putting themselves and their children in danger by poor supervision and a lack of common sense.  It is one thing for the CPSC to not want the product marketed to children.  It is another to call for its extinction.