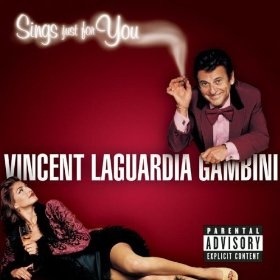 As you have probably gathered by now, we here at Abnormal Use are big fans of the movie My Cousin Vinny.  So we were elated to learn of the 1998 concept album, “Vincent LaGuardia Gambini Sings For Just You,” for which actor Joe Pesci resurrected the Vincent LaGuardia Gambini character to record fourteen tunes. We happily shelled out the $1.50 for a used copy on eBay and eagerly awaited its arrival.  As soon as it was delivered to our offices, we popped it into the old CD player for a listen. We hoped that it would offer the same sorts of humor and wisdom that the film did.  But our expectations were, shall we say, a bit too high under the circumstances.

Released in October of 1998, six and a half years after the film hit theatres, and produced by Tom “T-Bone” Wolk and the production duo of Poke & Tone, the album is, well, atrocious.  In fact, we think that’s putting nicely. (Relax, Mr. Pesci, we’re not saying you amuse us.).   Here’s a little taste of the type of music this CD features.  The linked track is titled “Yo Cousin Vinny.” Clever, eh? It’s the very first track of the album.  We suppose the record label execs thought an expletive-laden salsa tune with Pesci at the  helm was a recipe for success.   They were wrong.  Of course, perhaps we’re underestimating the album’s potential international appeal. The album also features Italian and Spanish language versions of the same “Yo Cousin Vinny” track. We neglected to check the late 1990s pop music charts, but we doubt the album was huge overseas. But it’s possible, right?

Whatever the thinking of the record execs, the remainder of Pesci’s concept album is no better than its first track.   Hardly amusing, the schtick boasts no relation to the movie whatsoever.  We were duped!  We want our $1.50 back!  However, we should note for the record that not everyone agrees with our take on the record, since it currently maintains a 4 star rating on Amazon.com. Who knew?

Interestingly, this album was not Pesci’s first foray into recorded music.  Back in the 1960’s, under the name Joe Ritchie, he released an album called “Little Joe Sure Can Sing!”  Don’t believe us?  Take a look: 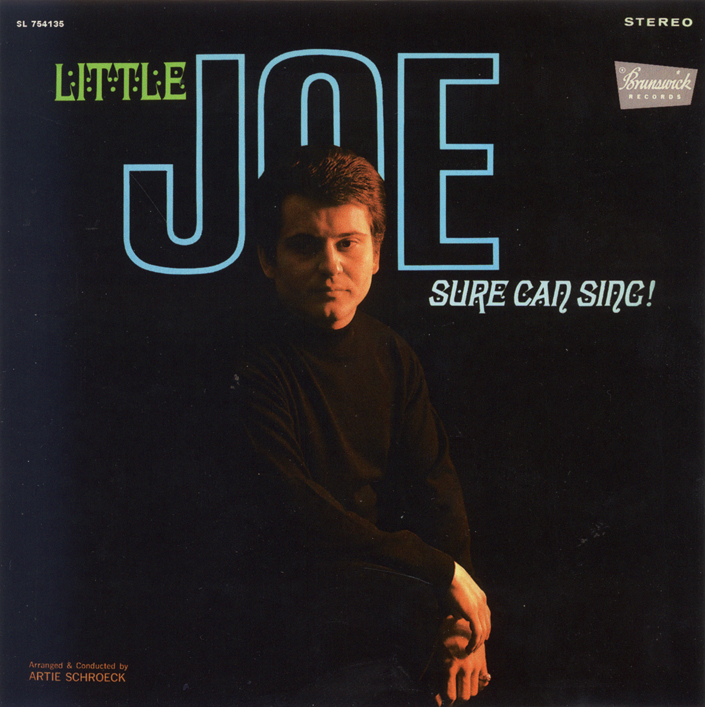 Guess what? Thanks to the magic of the Internets, you can hear one of that ancient album’s tracks on the Internet.  Click here to hear his song, “Can You Fix The Way I Talk For Christmas?” You’re certain to recognize Pesci’s voice. Perhaps some day in the distant future we here at Abnormal Use will offer you a review of that forty year old record, but not today. We wonder if that Pesci from the 1960s ever suspected that three decades later he’d record an album based on one of his films. We’ll never know.