So far, in our series this week on viewing law school as a potentially defective product, we’ve discussed whether the current law school curriculum is defective, or if the warnings about the cost of law school versus the job prospects are inadequate. If we assume one (or both) of those is true, what is the remedy?  How should students or graduates be compensated or made whole for a law school’s shortcomings?  This is not a mere academic exercise.  As reported by the Wall Street Journal Law Blog, lawsuits are being filed against law schools on a variety of theories.  Additional reports can be found here by the National Review and here by Yahoo! Finance.  A more recent, and comprehensive article also appeared in dritoday entitled “Educational Malpractice.”  Read it here.

Here are a few remedies that have been proposed. 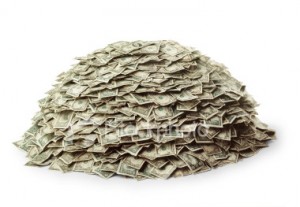 1.  Cold Hard Cash. One idea might be a refund of the money a student paid to attend the law school in question.  That’s what the plaintiffs in the class actions filed against Thomas M. Cooley Law School and New York Law School seek; those plaintiffs want $200 million or more in refunds. Two Yale Law professors advocate a preemptive strike of sorts along these lines.  Why not, they write in a Slate article, pay a student back part of his or her tuition if the student quits after the first year of law school?  Here is what professors Amar and Ayres say about why this remedy might work:

A half-tuition rebate splits the loss of an aborted legal career between the school and the student. Each has skin in the game, so students will not go to law school lightly, and law schools will have better incentives not to admit students likely to fail.

The idea is to mark the end of the first year, after students have received their grades, as a salient decision-making point. At that time, students will have learned more about their legal abilities and inclinations. Law schools will also have learned more about each student’s abilities, and schools could now disclose how previous students with similar first-year grades fared after graduation. Students accepting the offer would be choosing to quit not just their school, but the pursuit of a law degree. Anyone who took the money but re-enrolled in another law school—within, say, five years—would have to repay the rebate.  This would guard against the risk that good students would take the rebate and transfer to another school just to reduce their cost of becoming a lawyer. 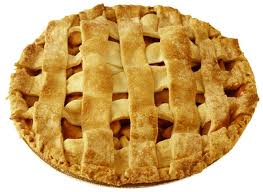 2.  More Pie. Have you ever heard the joke about the winner of the pie-eating contest winning more pie?  Well, if you like that tale of woe and pie, you’ll love this approach to the law school dilemma.  According to an article in The New York Post, the City University of New York School of Law is offering some students an additional semester at the school – on the house – if the school believes the student may not pass the bar examination on the first attempt.  Because the remedy for someone who is terrible at law school after three years thereof – you guessed it – is more law school!

3.  A Different Approach Altogether. If law school in its current form is untenable, what can be done to fix it?  Some law schools focus on this part of the equation, including Washington and Lee University School of Law and Baylor Law School, which offer curricula that, in part, defy the traditional, Socratic method/case study formula or emphasize practical training over the theoretical.  Perhaps the solution is to emphasize the practical side of legal education, and teach students, for example, what a set of discovery looks like before they enter the workforce.  This approach might provide graduates an advantage over their competition and make them more marketable in the workforce.

Whatever the remedy, it is clear that something has to change, and change fast.  Again, we look to a report on The Wall Street Journal Law Blog suggesting that the lawsuits being filed against law schools are more than bad press – they can be bad business too, and even affect a school’s credit rating.  Even if the students can’t get a school’s attention, maybe that will.