Lawsuit of the Day: Grandma’s Estate v. Santa and His Reindeer 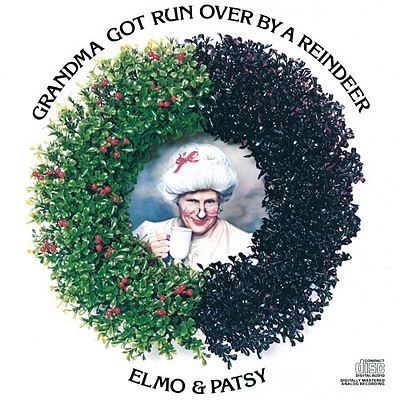 [Editor’s Note: Recently, the Consumer Products Safety Commission warned that holiday injuries are on the rise – from falls from ladders while stringing lights and cuts from broken glass Christmas ornaments.  Given the potential for litigation arising from such holiday mishaps, our own Stuart Mauney, acting as a special correspondent to Abnormal Use, reports on a lawsuit recently filed by the Estate of Grandma against Santa Claus for grievous injuries suffered when she was allegedly run over by a reindeer.  If it isn’t fully true, it certainly ought to be, right?]

Grandma got run over by a reindeer.Walkin’ home from our house Christmas Eve.You can say there’s no such thing as Santa, but as for me and Grandpa, we believe.

In the complaint (which was of course filed in state court), the personal representative of the estate alleges that Grandma “had hoof prints on her forehead, and incriminatin’ Claus marks on her back.”  Word around the campfire is that the estate is also considering a negligence claim against the North Pole DMV, arguing “it never should issue a license to a man who drives a sleigh and plays with elves.”

Santa Claus filed an answer to the complaint, asserting the affirmative defense of contributory negligence and noting that Grandma was, for lack of a better phrase, walking under the influence (“WUI”).  In the pleading, Claus claimed “she’d been drinking too much eggnog and we’d begged her not to go.”  Claus further alleges “she’d forgot her medication, and she staggered out the door into the snow.”  Claus is also expected to argue that Grandma failed to keep a proper lookout and was properly warned by Rudolph’s “very shiny nose.”

The Estate has made a claim for Grandma’s conscious pain and suffering, presumably for her slow and painful death before they “found her Christmas mornin’, at the scene of the attack.”  The Estate also has made a claim on behalf of Grandpa and various beneficiaries for wrongful death, alleging mental shock and suffering, wounded feelings, grief and sorrow, and loss of companionship.  Claus is expected to question the credibility of these claims during the discovery process, though in his answer, he offered only a general denial.

Despite our attempts at objective reporting of this legal news, we must confess that we’re also proud of Grandpa:

Now we’re also proud of Grandpa. He’s been takin’ this so well. See him in there watchin’ football. Drinkin’ beer and playing cards with Cousin Belle.

Further, Grandpa and the rest of the family do not appear to be suffering from “wounded feelings,” to the extent they debated “should we open up her gifts or send them back?”

We will keep you advised of any further developments in this case.  In the meantime, be careful out there!

[Editor’s Note: “Grandma Got Run Over By a Reindeer” was written by Randy Brooks and originally performed by the husband and wife team of Elmo Shropshire and Patsy Trigg way back in the halcyon days of 1979.]

Stuart Mauney can be followed on Twitter at @stuartmauney.