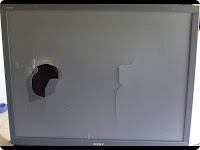 In what was reportedly the first successful case against the boating industry brought by a person injured by a motor, and in a case that could have huge implications in the industry, a Texas federal jury this month awarded a teen Plaintiff $3.8 million in damages after the his leg was severed by a boat propeller. The case, heard by federal district court Judge Sam Sparks, was actually tried thrice, as the first two trials resulted in hung juries. Brochtrup v. Mercury Marine, C/A No. 1:07-CV-00643-SS, Western District of Texas, Austin Division (April 5, 2010). We here at Abnormal Use have previously reported on a watercraft warning case here.

The Plaintiff, then 18 years old, was boating with friends on Lake Austin in the summer of 2005. He had just returned to the boat from wakeboarding when the tow rope fell in the water. When the Plaintiff jumped back in the water at the rear of the boat to retrieve the line, his friend and 18-year-old driver put the boat in reverse. The boat’s propeller caught the top of the Plaintiff’s leg and twisted it around, causing extensive blood loss and eventual loss of his leg. See local news coverage of the accident here .

The Plaintiff filed suit against the parent company of Sea Ray Boats, alleging that the boat should have been equipped with safety devices, such as guards or covers, to prevent the plaintiff from becoming entangled or stuck. However, the U.S. marine industry reportedly has fought the idea installing prop guards on motors because no design has ever been proven safe or effective for maneuvering boats. The U.S. Coast Guard has agreed, and has consistently refused to order boat and engine builders to install prop guards.

The decision has naturally drawn harsh criticism from the industry, which points out the common-sense factor at work here and the fact that all motors are “emblazoned” with pronounced warnings. It likens the facts on this case to the infamous McDonald’s hot coffee suit. This case, which Brunswick Corp has said it intends to appeal, may be one to watch, as it surely will have a profound effect on the boating industry.

Peppermint Pattie: with or without insect larvae? Which would you choose?

Hopefully your answer to that question was without; however, for one consumer in Tennessee, she was a little too late to make that choice. Recently, the United States District Court of Tennessee was asked to decide whether the manufacturer, distributor, and retailer of a peppermint pattie was liable to a consumer who bit into candy which was infested with insect larvae. Gentry v. The Hershey Co., No. 2:08-0123, 2010 WL 457538 (M.D. Tenn. Feb. 3, 2010).

While Kim Gentry was shopping at Petco Animal Supplies, Inc., she picked up a York Peppermint Pattie that was for sale and bit into it. I know what you are all thinking: Yes, it is another issue that candy is sold at Petco and that people eat it in the store. After Ms. Gentry discovered that there was larvae inside the candy, she was treated for food poisoning. Since the event, she had undergone psychological counseling. Gentry filed a lawsuit against the manufacturer, The Hershey Company; the distributor, Liberty Distribution, L.L.C.; and the retailer, Petco, for strict liability, breach of implied and express warranties, negligence, and negligence se.

All three defendants filed motions for summary judgment. The Court considered Hershey’s and Liberty’s motions together, finding in favor of Hershey and Liberty on all causes of action. The Court found no evidence that the candy was in a defective condition or unreasonably dangerous when in the possession of Hershey or Liberty, relying on the opinions of all the experts in the case, which found that the pattie was contaminated while in the possession and control of Petco. Petco did not submit an expert to the contrary. Further, the Court stated that Liberty could rely upon the closed container doctrine because it received the pattie in a sealed corrugated cardboard box, stored it in a temperature-controlled environment, and had no ability to inspect the patties.

On Petco’s motion for summary judgment, the Court agreed with Petco on Gentry’s negligence per se claim as Gentry did not point to any statutory provision other than those under the Federal Food, Drug, and Cosmetic Act and Tennessee Food, Drug, and Cosmetic Act, which have been held to have no private action attached. The Court also found that Petco was not liable for strict liability because the applicable statute in Tennessee only permits a strict liability action against a seller when the seller is also the manufacturer or when the manufacturer cannot be located or is insolvent.

On the other hand, the Court found that it would allow Gentry’s breach of implied warranty claim to go to the jury reasoning that even though Gentry bit into the candy before she purchased it and even though Petco was primarily a merchant of animal food, nevertheless there was a “sale” and Petco was a “merchant.” Accordingly, Gentry’s claim fell within the applicable warranty statute. Finally, the Court found that there was an issue of fact with respect to Petco’s use of the sealed container doctrine as a defense to Gentry’s negligence claim. The Court found that there was a question whether Petco had a reasonable opportunity to inspect the candy before it was consumed by Gentry as the doctrine is not intended to protect a “seller from all liability to the consumer when the seller causes or allows the product to become adulterated.”

This case again shows the importance of expert testimony, as the use of expert testimony was instrumental in absolving Hershey and Liberty from strict product liability. As a result of this decision, Ms. Gentry will be able to present her case on implied warranty and negligence to a jury.

The plaintiffs planned to represent a nationwide class of iPod users, but the Court rebuffed the plaintiffs’ two main arguments. First, the Court stated that the plaintiffs had alleged no facts that could support a breach of the implied warranty of merchantability. Second, plaintiffs had no standing to assert a claim under California’s unfair competition law.

The plaintiffs alleged that the iPod could be made safer, by the use of some noise-reduction technology or software that could relay the volume in decibels to the iPod user. Simply because a product could be used in a risky manner, however, is not enough to prevail on a warranty of merchantability claim. Put simply, the iPod performs exactly as intended, and there is no breach of the warranty of merchantability.

In addition, the plaintiffs’ claims under the unfair competition law were not supported by an injury, and, therefore, plaintiffs had no standing to assert their claims. First, the plaintiffs did not claim any actual hearing loss as a result of their iPod use, ostensibly because they were not, at any time, actually injured by their iPod. Neither did they assert that such harm was “actual or imminent.” The court observed as follows:

[T]he plaintiffs’ third amended complaint reveals the conjectural and hypothetical nature of the alleged injury as the plaintiffs merely assert that some iPods have the “capability” of producing unsafe levels of sound and that consumers “may” listen to their iPods at unsafe levels combined with an “ability” to listen for long periods of time.

Id
. Finally, plaintiffs’ contention that the iPods’ lack of safety diminished their value to the plaintiffs could not satisfy the injury-in-fact requirement, and the Court noted the plaintiffs’ admission that “Apple provided a warning against listening to music at loud volumes.”

What remains to be seen is where a similar case could go if there were actual injury. Such an injury could support an unfair competition claim as well as additional negligence claims.