As we have previously reported, whether a product issue qualifies as an improvement requires an examination of the following factors set forth by the South Carolina Supreme Court: 1) whether the product made the real property more valuable to the owner; (2) whether it involved the investment of labor and money, and (3) whether it is permanent.  Id.  A recent summary judgment motion filed  in Roger Murray and Judith Murray v. D.R. Horton, Inc., C.A. No. 4:15-cv-00191-RBH, which is pending in the U.S. District Court for the District of South Carolina hinged upon whether an oven was an improvement to real property.

The Murrays apparently purchased this home in Murrells Inlet, South Carolina, which according to the certificate of occupancy, was completed on December 4, 2006. 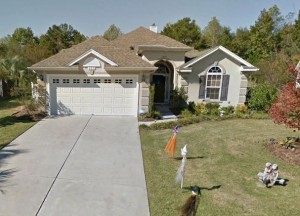 On November 26, 2014, the Murrays were boiling water in a pot on top of the stove in preparation for their Thanksgiving meal. Mr. Murray apparently noticed that the oven light was no longer working, so he opened the oven door to replace the bulb. While Mr. Murray was leaning inside the oven to replace the light bulb, the range allegedly tipped forward, causing the pot of boiling water to overturn, causing him to sustain third degree burns on fifteen percent of his body.

The Murrays filed suit against the homebuilder on December 9, 2014 (eight years and five days after the certificate of occupancy for the home was issued), alleging that the incident was caused by the failure to install an “anti-tip bracket” on the rear foot of the cooking range. The Defendant moved for summary judgment based upon the aforementioned statute of repose. The parties acknowledged that the oven made the property more valuable and that the installation of the oven involved the investment of time and money, so the only issue for the Court to decide was whether the oven “was permanent.” In considering the motion, the Court found an absence of precedent on the issue of whether a kitchen appliance qualifies as an improvement. The Court noted that discovery was ongoing and that “no materials have been filed with the Court resolving the factual issue of whether the anti-tip bracket was or was not installed.” The Court denied the motion for summary judgment based on those considerations.

Note that we were recently interviewed by SC Lawyers Weekly regarding the statute of repose issues raised in the Murray case.