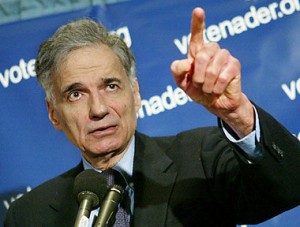 Torts and their reforms have spurned hot debates among lawmakers. Most laymen do not know what a “tort” is, but many of them have also become convinced in recent years that torts must be reformed. Ralph Nader, long-time consumer advocate and enemy of “corporate America,” disagrees. He has recently opened a Tort Museum in Winsted, Connecticut which pays homage to the pure, unreformed tort. According to the museum’s website, the mission of the museum is simple: “The American Museum of Tort Law seeks to increase citizen understanding of Tort Law – the law of wrongful injury – and the role it plays in protecting personal freedom, health and safety through the American civil justice system.”

The New Yorker’s recent article offers readers an idea of what to expect from the attraction. The museum apparently has something for everyone. For beginners, the museum explains the basics:

…a tort is any wrongful act that can be the basis for a civil lawsuit. For example, if you punch the mailman, the county prosecutor can charge you with the crime of assault and the mailman can sue you for the tort of battery. The law looks at the same punch in two different ways.

Surely, the museum also included a disclaimer instructing museum patrons not to strike the mailman. The museum includes an exhibit on the Corvair, the vehicle which was the subject of Nader’s 1965 book, Unsafe at Any Speed. For the tort history buffs, the museum has an exhibit dedicated to the historic “flaming rat” case, which we are still talking about today. Of course, the museum also has a section dedicated to the famous “Hot Coffee” case, a subject on which we often post.  If you visit the tort museum, you may have the opportunity to hear Nader’s personal take on the case:

Inside the museum, Nader personally escorted bewildered townspeople through the exhibits. He stopped in front of the McDonald’s Coffee Cup Case exhibit. “The lawyers didn’t tell people that McDonald’s kept their coffee that hot for commercial advantage. So it would stay hotter than Burger King’s as you drove along the highway. They’d already gotten seven hundred complaints about the burns.” Nader shook his head and looked at his guest, who nodded. He had changed one mind. He seemed satisfied.

Apparently, there is some question whether the museum will be successful:

Tom Stebbins, executive director of the Lawsuit Reform Alliance of New York, an organization that supports changes to tort law, said he doesn’t think there is any interest from the general public.

‘You probably couldn’t get school kids there because they’d sue the bus driver on the way’ Mr. Stebbins joked. And the kids ‘might not get out of the parking lot,’ he added, suggesting young people might not be thrilled by a museum about torts.

According to The New Yorker, Stebbins may be right. At least one young lady, who happened to be sporting blue hair, a nose and lip ring, and a hat displaying the hashtag “biteme,” found the museum “boring.” Only time will tell whether the museum will accomplish its mission or whether the hottest item in the museum’s gift shop will be the flaming rat t-shirt or Prosser, Wade, and Schwartz on Torts.