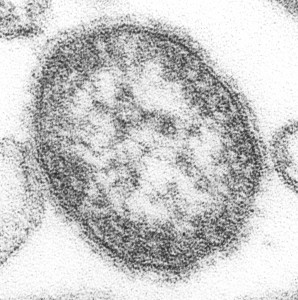 In the past month, there have reportedly been at least 92 measles cases, which is odd considering the disease was “eliminated” in the United States in 2000.  Because most of us do not have direct experience with measles, a refresher is in order.

According to the CDC:

Measles is a highly contagious virus that lives in the nose and throat mucus of an infected person. It can spread to others through coughing and sneezing. Also, measles virus can live for up to two hours on a surface or in an airspace where the infected person coughed or sneezed. If other people breathe the contaminated air or touch the infected surface, then touch their eyes, noses, or mouths, they can become infected. Measles is so contagious that if one person has it, 90% of the people close to that person who are not immune will also become infected.

To prevent this nasty disease, the CDC recommends a measles vaccine, which according to the CDC, is 97 percent effective at preventing the disease.  In fact, every state requires a measles vaccination unless an individual meets certain state-specific exemptions.  For example, in California, an individual may opt out of the vaccination requirement based on personal beliefs or medical reasons.  However, in Mississippi and West Virginia, an individual may only opt out for medical reasons, such as a weakened immune system.  Due in part to vaccination laws, about 94.7 percent of kindergartners were vaccinated against measles last year, again according to the CDC.

Like any drug, there are occasionally adverse side effects of vaccines.  To compensate individuals injured by vaccines, Congress set up a no-fault compensation system, the National Vaccine Injury Compensation Program (NVICP), via the National Childhood Vaccine Injury Act of 1986 (NCVIA).  The NVICP is funded by a 75 cent per vaccination tax.  NVICP claims are filed with the U.S. Court of Claims, and reportedly, the Court of Claims had awarded nearly $2.5 billion to vaccine victims for vaccine injuries.  However, two out of three NVICP applicants are denied compensation.  Until 2011, it was unclear what, if any, remedy individuals had apart from the NVICP.

In 2011, the Supreme Court clarified the issue and effectively ended vaccine litigation. Bruesewitz v. Wyeth LLC, 562 U.S. 223 (2011).  After the Bruesewitz family’s NVICP application was denied, they pursued relief against a vaccine manufacturer in the U.S. District Court for the Eastern District of Pennsylvania.  The trial court granted summary judgment based on federal preemption, and the Third Circuit affirmed.  In a 6-2 decision (Justice Sotomayor recused herself due to her pro-vaccine work with the Obama administration), the Supreme Court affirmed, holding that private causes of action against vaccine manufacturers for vaccine injuries were preempted by the NVCIA.  That is, the exclusive remedy for someone injured by a vaccine is the NVICP.  So, the debate over whether a private right of action against a vaccine manufacturer for vaccine injury was settled in 2011.

The recent debate sparked by the measles outbreak concerns parents’ decisions to not vaccinate their children based on an applicable exemption.  On one side of the debate, you have parents who, for various reasons (fear of side effects, religion, et cetera), choose not to have their children vaccinated.  On the other side of the debate, you have the argument that the non-vaccination decision of these parents endangers those with weakened immune systems, those who for whatever reason the vaccine did not take (approximately 3 percent of people can still get measles even after receiving the vaccination).  This author declines the opportunity to side with either group in this post.  However, it will be interesting to see what litigation evolves out of the debate.