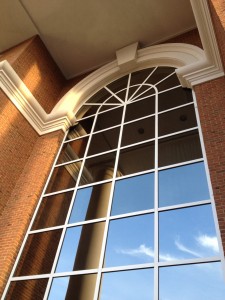 We here at Abnormal Use and Gallivan, White, & Boyd, P.A. began this blogging thing in January 2010 as a law firm with one office in Upstate South Carolina.  Now, more than two years later, we have three offices in two states.  As you know, we recently celebrated the first anniversary of our Charlotte office. Our editor, Jim Dedman, just moved from our Greenville, South Carolina  home office to our Charlotte office.  And there is more news from Charlotte. After a number of months of occupying what was called the “temporary permanent space,” a smaller, nondescript series of offices in which we worked while waiting for our “permanent permanent space” to be renovated and completed, we have finally arrived in the permanent permanent space.

We are mighty pleased with our new digs.  We even have a private terrace: 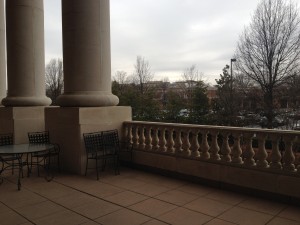 How about that? So, update your address books and note the change in suite numbers in the left hand sidebar on our site.

And if you ever find yourself in the SouthPark area of Charlotte, North Carolina, let us know.