The Return of College Football (And Some Law Stuff) 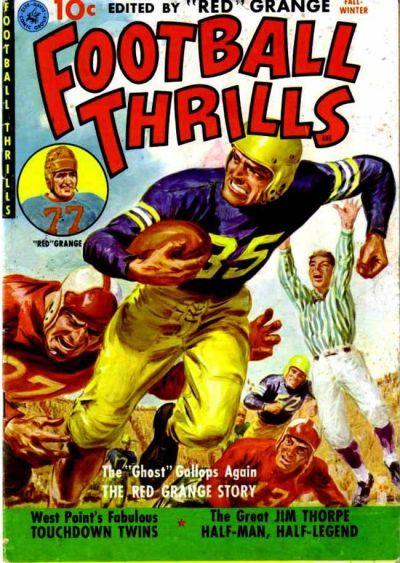 Red Grange, also known as the “Galloping Ghost,” was a star tailback for the University of Illinois and the Chicago Bears back in the 1920’s.  So we are told.  Apparently, his exploits were worthy of the cover of Football Thrills #1, published way back in 1952 and two decades after Grange’s professional football career came to an end in 1934.  We’re a bit puzzled as to why the referee on the cover is jubilantly leaping into the air as Red makes an apparent touchdown, although the fact that Red himself was the editor of this issue of Football Thrills may explain the conundrum.

Why do we peddle in football nostalgia today?  It’s opening day of the college football season, or as we call it here in South Carolina, “Christmas.”  Around here, college football is kind of a big deal.  We here at Abnormal Use and Gallivan, White, & Boyd, P.A. boast supporters of Clemson, the University of South Carolina, Notre Dame, and Texas, to name just a few schools.  For the past seven months, we have been making bold predictions about the upcoming season.  All those negative plays from last season have been erased from our minds like a hagiographic issue of Football Thrills.

How does football relate to litigation, you may ask?  This is a law blog, after all.  Well, you might be surprised to learn we’ve previously blogged about football, including allegations of a heat stroke causing football helmet as well as  lifetime donors upset at having to pay for football parking. We can only hope this isn’t our last football-related post.  If so, please look forward to the next installment of Football Thrills edited by the Abnormal Use blog team.