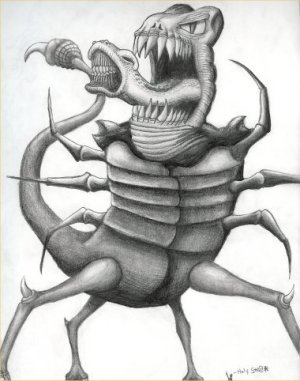 Bloomberg.com recently reported on a study which found that bacteria in raw poultry may be a source of superbugs in people.  Our first thought upon reading this story was, “What the heck is a superbug?” Well, we did a bit of cybersleuthing and learned that a superbug is a bacteria that has multiple antibiotic resistance genes. Or something like that. We’re not quite sure we get it. But, anyway, the theory goes: Superbugs have been spawned due to the overuse of antibiotics in animals. Yikes.

According to the study, found in the Center for Disease Control’s Emerging Infectious Diseases journal, a bacteria resistant to third-generation cephalosporins (i.e. medications to treat bacterial meningitis, pneumonia, and E. coli) was found on 80 percent of raw poultry purchased from grocery stores in the southern Netherlands.  By comparison, the bacteria was only found in 12 percent of the pork, beef and ground meat sampled.  Further, the study concluded that people infected with the bacteria where 2.5 times more likely to die within a month of infection.

If the image above is any indication, then the human race better take cover. (To be honest, we don’t know if that artistic rendering is of an actual superbug, but it’s scary, and it looks like what we think a superbug should look like). The study was silent on whether the superbugs possessed carnivorous teeth.

Before we abandon our local supermarkets and vow to buy only organic poultry, we must disclose that the Netherlands is one of Europe’s largest users of antibiotics in farm animals.  The animals are exposed to more antibiotics; therefore, they have a higher likelihood of breeding drug-resistant bacteria.  However, the use of antibiotics among residents of the Netherlands is also among the lowest in Europe. Whatever the case, we fear superbugs. Immensely.