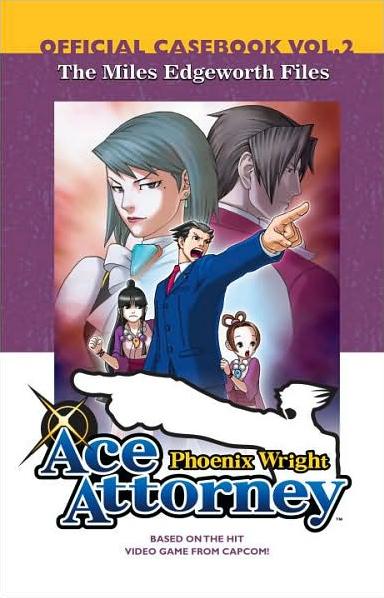 Prior to this week, we were unaware that there is a Capcom video game called “Phoenix Wright Ace Attorney.” (Despite our obvious nerdiness, our video game knowledge is actually fairly limited, and the last video game cartridge we recall purchasing was “Mike Tyson’s Super Punch-Out!!” back in ’88). Whatever the case, the “Phoenix Wright” game has its own comic book spin-off.  Depicted above is the second issue of Phoenix Wright Ace Attorney, published not too long ago in 2009. We must thank one of our dear readers for alerting us to this title, which is in the news this week because of a live action movie in development to be directed by Takashi Miike. According to the Comics Alliance website, in the original video game, “[p]layers take the role of rookie defense lawyer Phoenix Wright in a system where you defend your clients by gathering clues and present evidence to reveal lies and contradictions in witness testimony.” We wonder if there are extra points for exceeding monthly billable hour requirements.

Over on Twitter, Stephen Colbert tweets a possible revision to the Federal Rules of Evidence: “If a witness doesn’t want to answer truthfully, I say he should have the option to take the dare instead.”  At the very least, we think that thought should be cited in the commentary to the rules.

Quote of the Week: “It’s refreshing to find a show that can demonstrate to litigation-happy America that it’s possible, even desirable, to amicably resolve disputes without going to court.” (Radley Balko, “Fairly Legal,” Reason, June 2011 issue). Balko, of course, is referring to the USA Network series starring Sarah Shahi, which debuted in January and which was recently renewed for a second season. Revisit our January interview with the show’s creator, Michael Sardo, here. Sadly, as we noted previously, Sardo is now out as showrunner on “Fairly Legal” and the show will now be administered by a new steward. (Hat Tip: Overlawyered).

Earlier this week, Brian Comer posted an update to his site on the South Carolina tort reform bill and punitive damages caps.

Friends of the blog James Daily and Ryan Davidson of The Law and the Multiverse blog (who we interviewed here back in March) have been invited to host an online CLE. We now know how we here will meet our hours this year.