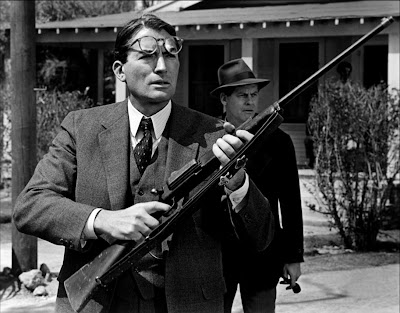 “Shoot all the bluejays you want, if you can hit’em, but remember it’s a sin to kill a mockingbird.” This advice by Atticus Finch to his young daughter Scout is as poignant today as it was when Harper Lee first published it 50 years ago this week in To Kill a Mockingbird. This Sunday, July 11th, 2010 marks the Golden Anniversary of Lee’s iconic novel about courage, racial prejudice, compassion, and access to justice. This beloved story is second only to the Bible on several reading lists for books that “make a difference.”

While he is fictional, Atticus Finch has served as a role model and inspiration for many lawyers since his creation in 1960. His unwavering courage in defending Tom Robinson is best summed up in his own words to his son, Jem: Courage is “when you’re licked before you begin but you begin anyway and you see it through no matter what.” Atticus was persistent. He never lost faith in the American jury system, notwithstanding the terrible injustice of the guilty verdict rendered against his client.

What does Atticus Finch have to do with products liability? Not much. What does access to a jury trial have to do with products liability? Everything! In the same 50 years since the publication of To Kill a Mockingbird, the Federal Rules of Civil Procedure have been amended 10 times. With the exception of the rewrite in 2007 to make them easier to understand (which is worthy of an entirely separate blog entry), it is challenging to argue that the amendments have made access to a jury trial in federal court easier or more efficient. These assertions are borne out by the dramatic fall off in civil cases tried to a verdict in U.S. District Courts across the country. In 2009, according to the Clerk’s Office for the U.S. District Court of South Carolina; 3,532 cases were filed and only 21 cases or .0059% were actually tried to a verdict. Using a cost benefit analysis one must at least ask the question: Does this level of utilization justify the cost of the system?

Blame it on ADR, the FRCP, run away verdicts, cost, or the reason du jour. The fact of the matter is that the civil jury trial is on the endangered species list. The primary distinguishing factor of the American civil justice system is our jury trial. Access to the jury trial in Federal court must not only be preserved, it must be improved. If we truly view Atticus Finch as role model then it is time for lawyers to step up, shoot some bluejays and save the mockingbird. How do we do this? 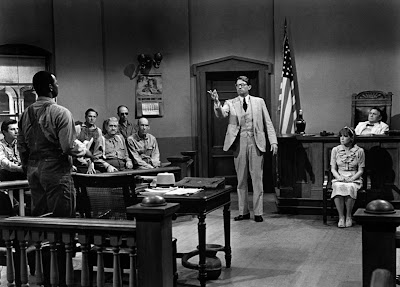 On May 10th and 11th the Committee on Rules of Practice and Procedure of the Judicial Conference of the United States sponsored a conference at Duke University School of Law. In addition to the judicial participants, over 70 panelists and speakers came together to discuss major substantive revisions to the FRCP, and ultimately, access to jury trials in federal court. Matters being considered included, but were not limited to: Pleadings, Discovery, Protective Orders, and Cost and Delay. Our firm’s lawyers through their membership in the Lawyers for Civil Justice have been involved in and supportive of this movement for improving the FRCP and access to the civil jury trial. Follow this link [PDF] to the LCJ White Paper submitted at the Duke Conference. If you have yet to get behind this effort, now is the time to make your position known. If you would like more information about this exciting opportunity for change please contact us.

And remember, while, “[i]t’s a sin to kill a mockingbird,” it may be a greater sin to let one die when there is an opportunity to revive it!