Doping is Not Worth It 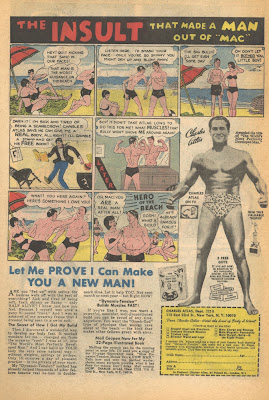 Above: The likely lead exhibit in the litigation predicted below. Click to enlarge.
As Americans, we have a love/hate relationship with food that usually results in hyperlipidemia. So much so that many of you have been driven to the edge of sanity by consuming copious amounts of leafy greens, only to binge on vats of ice cream and trans fats. To you health-conscious readers who recoiled in horror at my fried chicken sandwich post (but secretly enjoy the delicacy that is gas-station fried chicken), we now confront the quagmire of nutritional supplements (read:”steroids”). Perhaps even the health-conscious will admit that some take their “health” too seriously. Having not been to the gym in several years, I can only assume that there are still guys who gel their hair before embarking on 1.8 hour bench press sessions and grunt convincingly about the latest supplements in voices that carry throughout the room. In law school, we called such people “undergrads.” If you know someone fitting this description, let them know of a recent recall.

It all begins with Musclemaster.com, which undertook a voluntary recall of several products that the Food and Drug Administration recently claimed contained, you guessed it, steroids. Rather than take a completely sarcastic spin on this, I’m slightly sympathetic towards Musclemaster. After all, the typical customer wants to push his limits, so, it’s not surprising that the company would push the limits as well. And what better way to indicate that you are pushing the limits than to name your products, for example, “Anabolic Xtreme” or “Monster Caps.” For its part, Musclemaster.com cannot independently confirm whether there were steroids in those products. Nevertheless, Musclemaster.com recalled the products out of “an abundance of caution.”

Perhaps the officers at Musclemaster.com sensed litigation, because a California Appeals Court recently reversed an order denying certification of a class of supplement purchasers. In In re Steroid Hormone Prod.Cases, No. B211968, 2010 WL 196559 (Cal. Ct. App. Jan. 21, 2010) [PDF], Diego Martinez sued for relief under the Unfair Competition Law (UCL) and Consumer Legal Remedies Act (CLRA) because General Nutrition Companies sold supplements containing androstenediol, defined as a controlled substance under California law. The trial court denied class certification on the grounds that individual questions of causation and injury predominated. Martinez failed to establish that he represented the views of the class, in that Martinez testified that he would not have purchased the substances had he known of their illegality under California law. The trial court was not persuaded and gently stated that it could not infer Martinez’s high-mindedness to the rest of the purported class.

The appellate court reasoned that because of the status of California law, a showing of individual deception and reliance wasn’t necessary under the UCL and that the trial court used an incorrect legal assumption under the CLRA. The appellate court left open the question whether there is a “reasonable bodybuilder” standard, and, if so, its application in this matter. As noted above, and as found by the trial court, a reasonable bodybuilder might push the limits more than your ordinary reasonable person. Isn’t it at least plausible that a reasonable bodybuilder would hope against hope that his supplement contained a little something extra. Maybe not in the post-Schwarzenegger era. The court’s legal reasoning is straightforward, but the supplement crowd may have fashioned a workable grand scheme: Buy supplements, see if they work, and if they don’t, seek restitution under consumer protection statutes. Those who disagree may just have sand kicked in their faces.