Although this morning’s program began a little later (although still early at 7:30 a.m. local time) the room was still bare with only two minutes to go before the official start-time. People slowly trickled in as the program began. The first topic of the day was effective and inexpensive technology and presentation techniques, moderated by John T. Lay, Jr., of Ellis, Lawhorne & Sims in Columbia, South Carolina. Panel members were Robert L. Featherly of Litigation Insights, a company offering jury research and trial presentation services; defense litigator Cathy Havener Greer of Wells, Anderson & Race, L.L.C. in Denver, Colorado; and the Honorable Michael J. Watanabe, a federal magistrate for the U.S. District Court for the District of Colorado.

The lesson of the day: Just because you can conduct a high tech trial in a fully wired courtroom does not mean that you should necessarily do so. For half an hour, the panelists discussed the history of courtroom technology and the tools of the trade, beginning with blackboards all the way to creative computerized visual animations and the latest technological gadgets. 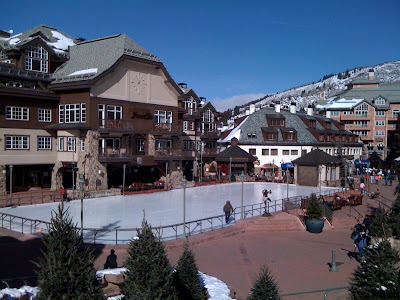 Above: The view from the conference center.

As a no-nonsense judge who takes control of his courtroom, Magistrate Judge Watanabe told the attendees that he expects three things from lawyers in his courtroom: professionalism, preparedness, and punctuality. It is essential for practitioners to know both their jurisdiction and their audience, but also to be ready for anything unexpected (whether that be the judge’s refusal to permit certain evidence or the crashing of one’s computer). He reminded those assembled that it is the judge – not the lawyer – that decides the order and the manner of the presentation of evidence during a judicial proceeding.

Another lesson: The biggest mistake that lawyers can make is to allow technology to interfere with their connection to the jury. Technology, if relied upon too heavily, can create too much distance between the advocate and the finder of fact. As aptly pointed out by Mr. Lay, a lawyer’s charisma and voice are key to any attempt to make a connection with a jury. For that reason, he advocates using technology to enhance a presentation or to highlight a key theme or exhibit, but not to overpower it. Mixing high-tech exhibits with good communication not only fosters the credibility with the jury, but also maintains the jury’s interest, which would certainly wane otherwise. Overall, the session offered some good pointers applicable to any practice area. 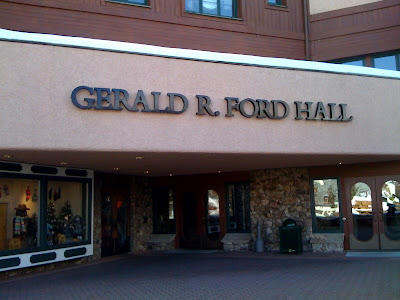 Above: The conference center itself.

The seminar then became an interesting plenary session on the role of the human genome and genetic testing in toxic tort and mass tort litigation. The use of DNA testing to determine whether an individual could be or has been injured by an alleged exposure to toxic substances is a cutting edge, but it could one day become central in mass tort and products liability cases. Law professor Gary E. Marchant of Arizona State University commented that, within just a few short years, we will all be “genotyped” and will know our particular traits and susceptibilities. That information can obviously be used in multiple various ways by both plaintiffs and defendants.

Dr. Marchant explained that genes express themselves in different ways when exposed to different chemicals. For instance, in instances of Benzene exposure alleged to have caused leukemia, in approximately 80 percent of such cases, chromosomes 5 and 7 will break. That fact can help to determine whether Benzene exposure actually played a role in the alleged injury. 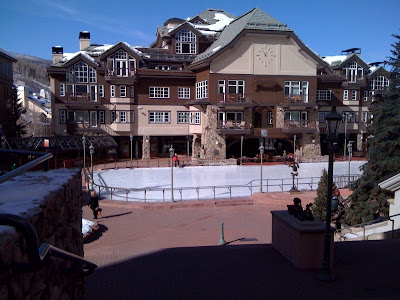 Above: Just outside the conference center.

What will this mean for litigation? These issues will, of course, continue to develop along with the science. Key issues for the future will be whether manufacturers will have to warn against particular susceptibilities affecting small percentages of the population. So far, the Fourth Circuit has at least determined that there is no duty to protect unusually susceptible people. This may be the way that the law develops at least in the context of strict liability. Turning to negligence, however, as duties extend to even eggshell plaintiffs (you take them as you find them), manufacturers could find themselves on the hook. Another key question is whether courts will one day require that a plaintiff produce evidence of “biomarkers,” or some change in the genes to establish exposure to a particular product or substance. Time will tell.

Last, but certainly not least, the seminar divided into several smaller break-out sessions. Essentially a review of developments in 2009, the products liability session generated much discussion about the new Medicare legislation, which will require that insurers report payments to Medicare-eligible claimants to the Centers for Medicare Services.

Overall, the 2010 ABA Section of Litigation’s Joint CLE Seminar was fruitful and productive. Now it is time to join everyone on the slopes!